Three patients with visual field defects were stimulated with a square matrix pattern, either static, or flickering at frequencies that had been found to either promote or not promote blindsight performance. Comparison between pre- and post-stimulation perimetric maps revealed an increase in the size of the intact visual field but only for flicker frequencies previously found to promote blindsight. These changes were temporary but dramatic – in two instances the intact field was increased by an area of 30 deg2 of visual angle. These results indicate that not only does specific high-frequency stimulus flicker promote blindsight, but that intact visual field size may be increased by stimulation at the same frequencies. These findings inform speculation on both the brain mechanisms and the potency of temporal modulation for altering the functional visual field. 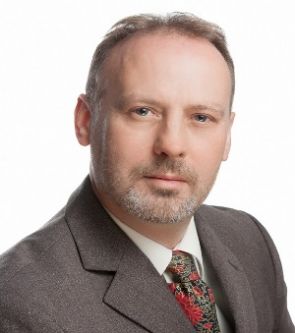 of Leipzig, Germany and electrophysiology at the Max-Planck Institute for Cognitive Neuroscience, also in Leipzig, Mark is a measurement scientist with backgrounds in general psychology and cognitive science.

He is Senior Lecturer in Psychology at NUI Galway, formerly Associate Professor at the Ludwig Maximilian University, Munich, Germany. In 2010, he was elected by Faculty vote to the post of Full Professor, as well as inaugural Chair of the Center for Applied Perceptual Research in the faculty of Design at Kyushu University, Fukuoka, Japan.

Mark's scholarly lineage originates in the German Gestalt Schools, reflecting scientific and philosophical interests in perceptual structure, alongside the dynamics of mechanisms that bring this structure about. His interest in the effects of stimulus dynamics lead to experiments with patients with visual-field loss and City, University of London are pleased to host his research seminar on this topic.

Lunch will be provided from 13:00
The seminar will commence at 13:15
Please accept the invitation only if you will be attending for catering purposes