Series: Inside Out Festival

Cellist Séverine Ballon and pianist Mark Knoop, well-known to London audiences for their finely-crafted, intimate performances, embark once again on an exploration of the limits of perception and virtuosity with a programme of ground-breaking new solo and duo works from four outstanding UK and New Zealand composers John Croft, Dorothy Ker, Michael Norris and Jeroen Speak.

Séverine Ballon (Cello)
Séverine Ballon's work focuses on regular performance of key works of the cello repertoire, as well as numerous collaborations with composers; in addition, her researches as an improviser have helped her to extend the sonic and technical resources of her instrument.
www.severineballon.com

Mark Knoop (Piano)
London based pianist and conductor Mark Knoop is known for his fearless performances and individual interpretations. He has commissioned and premiered countless new works and worked with many respected composers, and also brings fresh approaches to the standard and 20th-century repertoire. He is currently Turner Sims Fellow at the University of Southampton.
www.markknoop.com 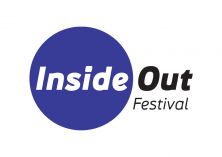