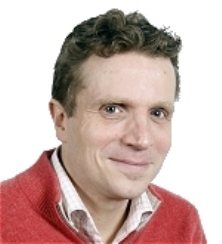 A central challenge for the post-crisis Union will be democratic agency, its capacity to take increasingly significant measures democratically. The Union is bedeviled here by the phenomenon of democratic competition. To secure demand for its legislation, it must demonstrate greater utility than other arenas to those who might wish that legislation. However, it must also show increased pluralism to command support from the wider pool of subjects affected by it. These competing pressures have proved impossible to meet. Increased significant Union law-making drew more to actors in Brussels and increased competition from other political arenas. This, in turn, politicised Union law-making but diminished its relative utility to incumbents. Demand for Union law-making reduced as incumbents sought regulatory substitutes to Union laws; institutional diversification emerged to supply these substitutes; and debates about the Union's democratic pedigree focused on the issues of accountability arising from this diversification rather than wider panoramas.

Professors Damian Chalmers is Professor of European Law at the London School of Economics (LSE). He is interested in the relationship between European Union law and its and domestic systems of government. His current research focuses on:

He is working on a monograph on what vision of the human condition is taken by EU law. His assumption is that this vision of ourselves is both the central identifying element of EU law and one of its most challenging elements.