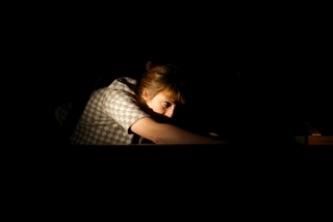 Gwenaelle Rouger
For pianist Gwenaëlle Rouger, the concert is conceived as a moment of experimentation, as much for the audience as for the performer; a time and space in which questions are expressed through engaging the senses. This explorative approach provides the creative impetus for the development of her performances, which bring together notated contemporary composition, improvisation, live electronics and installation.

French pianist Gwenaëlle Rouger completed her initial training in Paris and received her Diplome d'Etudes Musicales in 2005. Her interest in contemporary music and its aesthetic discourse led her to pursue four years of further studies with the composer and pianist Carlos Roque Alsina. In order to pursue her research interests in greater depth, Rouger is currently undertaking a Masters degree in Contemporary music performance at the Royal College of Music in London.

In 2008, Rouger was a finalist in the X.Montsalvatge International piano competition for contemporary music performance and since has played as a solist or as a chamber music member in a number of venues internationally, including the Palace of Congress (Girona, Spain), the Arsenal (Metz, France), 104 (Paris, France), Cadogan Hall, Cafe Oto (London, UK). She particularly enjoys collaborating with young composers, which has resulted in her premiering many of their works. Gwenaëlle Rouger is pianist and co-artistic director of soundinitiative ensemble. 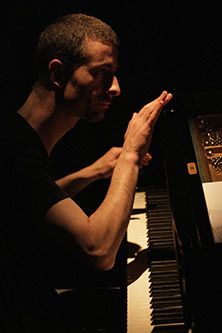 London based pianist and conductor Mark Knoop is known for his fearless performances and individual interpretations. He has commissioned and premiered countless new works and worked with many respected composers, and also brings fresh approaches to the standard and 20th-century repertoire. He is currently Turner Sims Fellow at the University of Southampton.

Mark has appeared throughout Europe, the United Kingdom and Australia and in New Zealand, South Korea, Mongolia, United States of America, Canada and at festivals including the Transit, Ultima, Huddersfield, Spitalfields, Borealis, Lucerne, Spor, Melbourne, and Adelaide Festivals, and the ISCM World Music Days.

He performs with such groups as Plus-Minus (London/Brussels), Letter Piece Company (London/Brussels), musikFabrik (Köln) and Apartment House (London). His recordings of music by John Cage, Richard Beaudoin, and David Lumsdaine have been critically acclaimed.