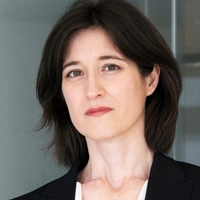 In the aftermath of 9/11, the US stepped up its pre-existent program of "rendition", and transferred an unknown number of suspected terrorists to States in which either it was known that they would be subjected to torture or inhuman treatment and/or detention without trial, or at the least it was clear that there was a substantial risk that this would occur. Although the practice of such extraordinary rendition undoubtedly results in serious violations of a number of fundamental human rights, nevertheless, for most of the decade following 9/11, efforts to hold the US (and other States which aided and assisted it in carrying out renditions) accountable were very largely unsuccessful.

The lack of accountability was initially due to the secrecy surrounding the rendition program, and subsequently due to self-denying doctrines of State secrecy which domestic courts held prevented them from adjudicating upon claims brought by those who claimed to have been rendered. In more recent years, there have been a number of developments, both at the international level (the El Masri decision of the ECHR) and as a result of decisions of the domestic courts (in particular the "Abu Omar" prosecutions before the Italian courts), which have resulted in at least some measure of accountability in specific cases.

The seminar, having sketched the practice of rendition, and the initial setbacks in ensuring accountability, will focus on these most recent developments, and assess the extent to which the victims of extraordinary rendition have been able to receive some form of redress.