Academics and Activists in the Policy Process: Engagement with Australian Media Inquiries 2011-13 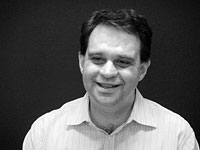 After its narrow re-election in June 2010, the Australian Labor government undertook a series of public inquiries into reform of Australian media, communications and copyright laws. One important driver of policy reform was the government's commitment to building a National Broadband Network (NBN), and the implications this had for existing broadcasting and telecommunications policy, as it would constitute a major driver of convergence of media and communications access devices and content platforms. These inquiries included: the Convergence Review of media and communications legislation; the Australian Law Reform Commission (ALRC) review of the National Classification Scheme; the Independent Media Inquiry (Finkelstein Review) into Media and Media Regulation; and the ALRC review of Copyright and the Digital Economy.

One unusual feature of this review process, discussed in the paper, was the degree to which academics were involved in the process, not simply as providers of expert opinion, but as review chairs seconded from their universities. This paper considers the role played by activist groups in all of these inquiries and their relationship to the various participants in the inquiries, as well as the implications of academics being engaged in such inquiries, not simply as activist-scholars, but as those primarily responsible for delivering policy review outcomes. The latter brings to the forefront issues arising in from direct engagement with governments and state agencies themselves, which challenges traditional understandings of the academic community as "critical outsiders" towards such policy processes.

Terry Flew is Professor of Media and Communications in the Creative Industries Faculty at the Queensland University of Technology. He is the author of New Media: An Introduction (Oxford, 2014 - 4th Edition), Understanding Global Media (Palgrave, 2007), The Creative Industries, Culture and Policy (Sage, 2012), and Global Creative Industries (Policy, 2013). Professor Flew is a member of the Australian Research Council College of Experts for Humanities and Creative Arts, and the Research Evaluation Committee (REC) Committee for Excellence in Research for Australia (ERA). During 2011-2012, Professor Flew was seconded to the Australian Law Reform Commission to chair the National Classification Scheme Review.