A site-specific audio-visual installation, to be installed in the bandstand at Northampton Square, EC1V.

Open to the public between 12pm and 6pm on Tuesday 11th and Wednesday 12th June.

Composer and sound artist Joanna Bailie was born in London in 1973 and has been living in Brussels since 2001. She studied composition with Richard Barrett, electronic music at the Koninklijk Conservatorium in Holland and in 1999 won a fellowship to study at Columbia University.

Her music has been performed by groups such as Ensemble Musikfabrik, L'instant Donné, EXAUDI, Ensemble Mosaik, The Nieuw Ensemble, Apartment House, The London Sinfonietta and the Ives Ensemble. 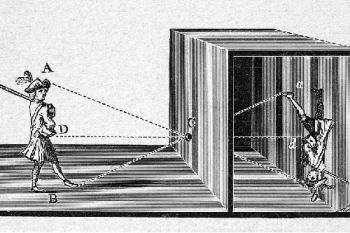 She has been broadcast by BBC Radio 3 on many occasions and programmed at events such as the Venice Biennale, Huddersfield, SPOR Festival, Festival Reims Scènes d'Europe, Darmstadt, the Borealis and Ultima festivals in Norway and the Transit festival in Belgium. In September 2012 she presented her first solo audio-visual installation, Performance Space #1/Rue Darimon at Q-o2 in Brussels.

She has become increasingly involved in collaborative pieces, working with choreographer Brice Leroux on his Quantum Quintet at the KunstenFESTIVALdesArts and with scenographer Christoph Ragg on a series of projects for camera obscura which culminated in the premiere of C.O. Journeys in October 2010 at the Almost Cinema Festival in Vooruit, Gent.

Together with composer Matthew Shlomowitz, she is the founder and artistic director of Ensemble Plus-Minus and in May 2010 she was the guest curator at the SPOR Festival in Aarhus, Denmark. She is currently working on her doctorate at City University, London.