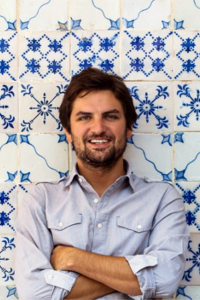 Having spent nearly ten years abroad, mostly in England, I returned to Portugal in 2009 to embark on an entrepreneurial journey focused on the hospitality industry.

As family venture of four brothers I was an integral part in developing a small network of out-of-the box operations - from hostels to guesthouses to quirky and trendy restaurants. Under the name of The Independente Collective, the umbrella brand, we strive to grow our vision into a nationwide household name as well as an international benchmark.

Early 2016 I co-founded a co-living venture, REBEL, which later that year prototyped the concept with great success. The company is currently engaged in establishing itself as the leading brand of the sector in Portugal with several projects in different stages of development. I have also been focused in supporting local startups through several mentorship programmes having more recently been invited to a permanent mentor & jury role with Startup Lisbon - one of the most exciting accelerator programmes in Portugal.

As Alumni Ambassador I will be looking to strengthen the local City Community network. Contact me to join in!

Suggestions and practical information to help plan your event