A CENTURY OF FEMALE ACTIVISM

A short drive from City, stands Holloway Prison, once Western Europe’s largest prison for women. Through its gatehouse have walked thousands and thousands of women, from non-violent petty offenders to notorious female murderers. Outside that same gatehouse have stood activists campaigning for their rights. 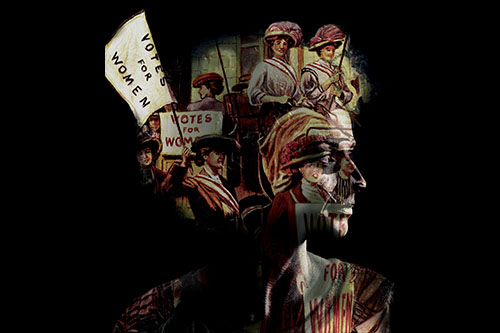 From its opening in 1852 (and until this day) Her Majesty’s Prison Holloway has been a site of female political protest. Female offenders have traditionally been viewed as ‘mad’ or ‘bad’, and in need of reform to return them to ‘respectable women’. Raising awareness about the political plight of the suffragettes (many of whom were imprisoned inside), the executions of the vulnerable and the hospitalisation of the ‘sick’, activists used the site of Holloway to send strong messages to government about the subjugation of women.

Recent months have witnessed a fresh wave of protests, but this time in the wake of its closure. Many activists viewed it as a welcome development, yet others raised concerns about resettlement and the implications for female prisoners and their families.

While the closure of Holloway was clearly a financial decision (for the land on which the prison stands is extremely valuable), it cannot be denied that the move is aligned to the current government’s commitment to reducing the female prison population.

Although this must be viewed as a positive development, there are widespread concerns that the land will not be used for the benefit of the community and that the local area will be ‘morally cleansed’ of its wicked women.