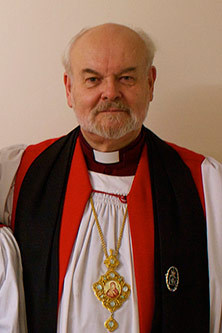 The Right Reverend & Right Honourable Richard Chartres was given an Award of Doctor of Divinity honoris causa by City in 1999.

He is also a member of the Privy Council and was created a Knight Commander of the Royal Victorian Order (KCVO) in 2009.

Prior to becoming a bishop, Chartres was Professor of Divinity at Gresham College, London between 1987 and 1992.