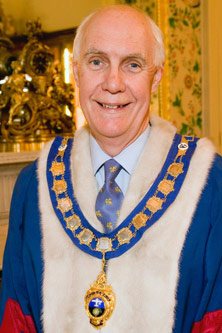 Dr Michael Fopp was given an Award of Doctor of Science honoris causa by City in 2011.

Michael Fopp was Director General of the Royal Air Force Museum for 22 years. Split into two sites, the museum is a non-departmental public body of the United Kingdom's Ministry of Defence.

Dr Fopp has had a varied career, including roles as a member of the elite mounted branch of London's Metropolitan Police, Keeper of the Battle of Britain Museum and Director of the London Transport Museum. He was Director of the Royal Air Force Museum for 22 years.