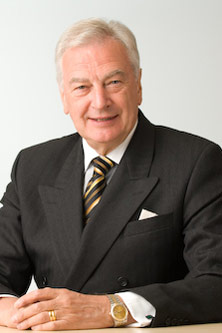 Sir Malcolm Williamson was given an Award of Doctor of Science honoris causa by City in 2010.

Sir Malcolm worked for Barclays Bank from 1957 to 1985.  He was then appointed a member of the Post Office Board and Managing Director of Girobank.  In 1989, he joined Standard Chartered Bank and became Group Chief Executive. In 1998, he moved to San Francisco, USA, as President and CEO of Visa International until 2004.

Sir Malcolm is currently Chairman of Friends Life Group Limited, NewDay Group Ltd, the Board of Trustees for Youth Business International, the Cass Business School Strategy and Development Board and the Governing Council of the Centre for the Study of Financial Innovation.

Sir Malcolm was honoured with a a knighthood for services to the financial industry.