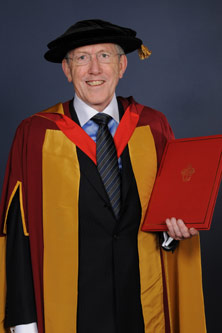 His Honour Judge Donald Cryan was given an Award of Doctor of Laws honoris causa by City in 2012.

Donald was called to the Bar in 1970, developing a wide-ranging practice before choosing to specialise in Family Law.