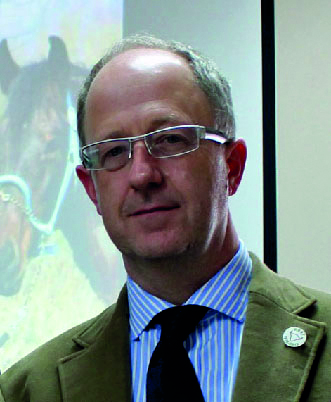 Tom attended Harper Adams Agricultural College then spent 10 years working in the commercial food sector while taking holidays in Italy, where the ‘slow food’ movement was coming to life. Realising this was the food world he wanted to work in, he set up Farm W5, a farm shop in West London – one of the first to specialise in mostly British, organic and artisan food.

After graduating from the Centre, he set up a food consultancy focused on catering, sustainability and British food. He also worked on the UK Government’s PAS 2050 standard on product life-cycle greenhouse gas emissions. Since 2014 he’s been with the Rare Breeds Survival Trust, championing Britain’s traditional livestock.