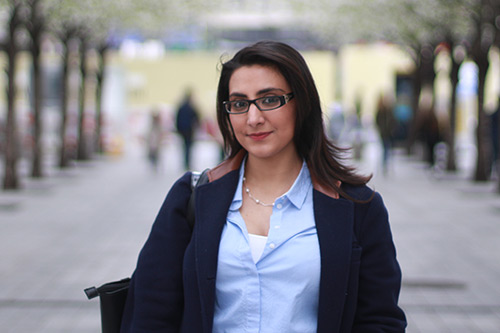 Rehana Popal is the first practising female Afghan at the Bar.

A barrister at Mansfield 1 Gray’s Inn Chambers, she specialises in human rights, public and civil law having initially arrived in the UK as a refugee with her family. “My achievements so far serve as a constant reminder that nothing is impossible,” she says. “But this is only because I am fortunate enough to live in the UK. If I had stayed in Afghanistan, my life could have turned out very differently.”

Rehana graduated in 2011 from City’s School of Arts & Social Sciences with a BSc in International Politics. She proceeded to study for her Graduate Diploma in Law (GDL), which she obtained at The City Law School in 2012. She remained at City, qualifying as a barrister after completing the Bar Professional Training Course (BPTC) in 2013.

While studying, Rehana was the recipient of the Major Exhibition and Duke of Edinburgh Scholarships sponsored by the Honourable Society of the Inner Temple. She was also the winner of the Bar Pro Bono Award in 2013.

Apart from joining the ranks of Queen’s Counsel, Rehana aims to work with the Afghan government regarding the rule of law. “I would love to go back and serve my country, being part of a generation that must bring transparency and trust back in the justice system,” she says. “If everything else fails, my natural inclination towards politics can perhaps lead to Afghan presidential ambitions.”