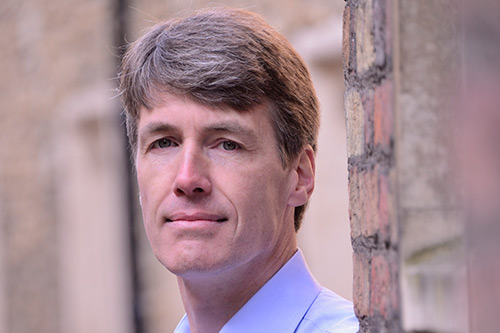 Pilgrim’s creativity and passion for technology date back to early childhood.

“When I was growing up our family went for walks most Sundays and I fell into conversation with my father about ideas and inventions,” he says.“I noticed other people had had great ideas and made them happen. This inspired me to wonder whether I could do the same.”

Thirty years later Pilgrim is a successful technology entrepreneur with a string of startups under his belt, each serving from 1 to 100 million customers. After a degree in Computer Engineering in the 1980s, Pilgrim designed innovative computer systems at startups in Cambridge and Oxford. “My degree rounded out my knowledge by exposing me to areas where I was weak. It also came in useful in 1992 when I wanted to travel as it would have been impossible to get a US visa without a degree,” he says.

After spending the next six years leading technology teams at three startups in Silicon Valley, he returned to Cambridge where he co-founded five companies that developed innovative concepts for indoor location systems, multi-band smartphone antenna systems and wireless charging.

I have always been motivated by trying to see what the ‘next big thing’ could be and trying to play a part in making it happen. It is often hard to get to B, but it is our mission to make things better.