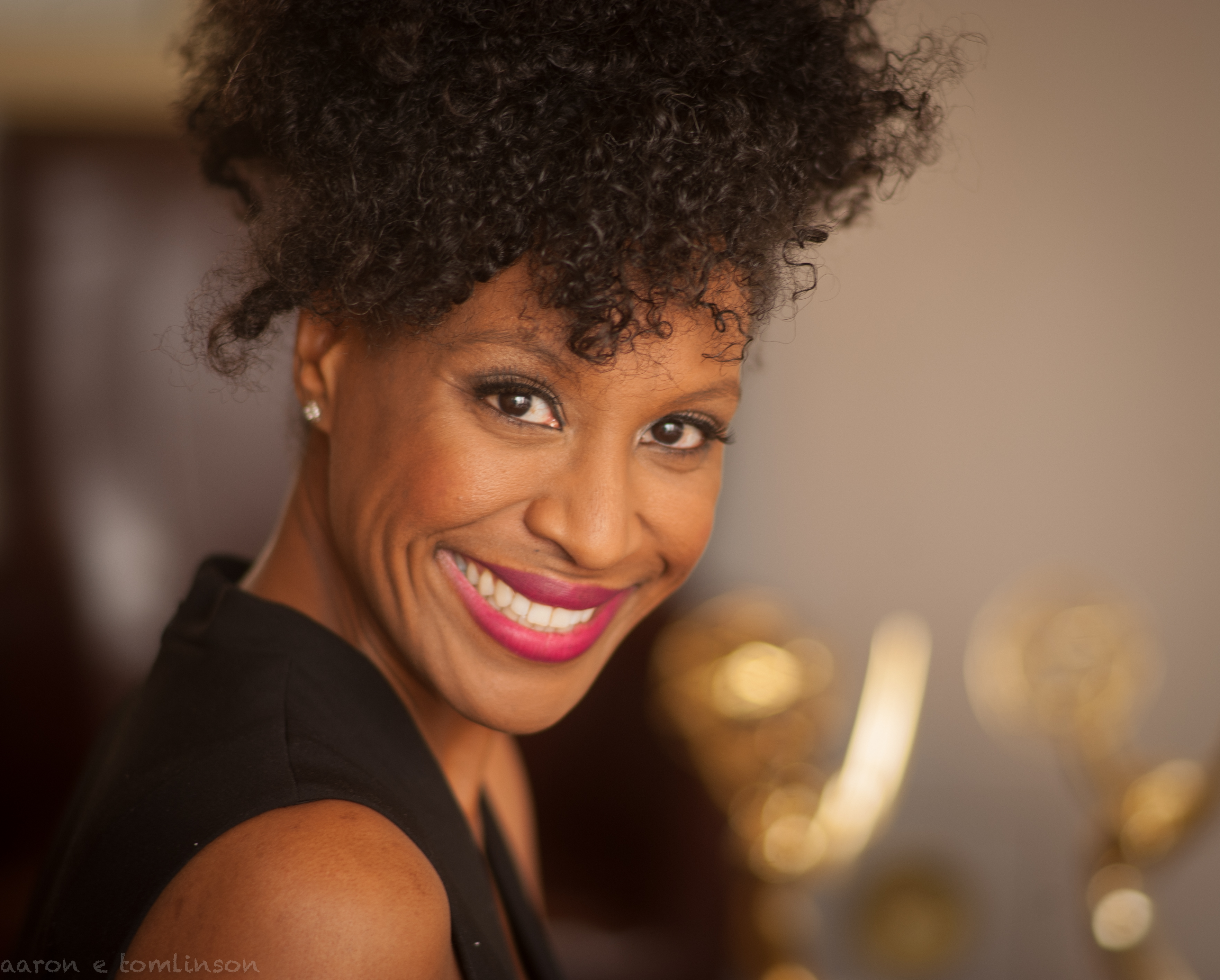 60 Minutes producer Nicole Young is an 11 time Emmy winner but before that she was an MA International Journalism student at City.

Here, Nicole talks about her time at City, as well as being an award winning journalist in our 42 minute and 57 second interview.

City was one of those times in my life that shaped me in a way I could not have ever anticipated.  I applied to City because I was in a job at the time in New York I did not really like. I was working for a PR firm, a private PR firm, out of a woman’s house.  I remember going to work every morning just dreading it, just crying myself to sleep.  I thought, you are exhausted one; two, you need to find another job.  I decided to go to school and do my Masters programme, but I had already missed the deadline for all the programmes I really wanted to do in the states.  So, I literally googled, ‘what is the best journalism programme in the UK,’ and City University came up.

I remember after I sent the application to City, I immediately wrote my letter of resignation.  Not knowing if I had gotten in yet, I put it in my drawer.  I got a call maybe two weeks later to have a phone interview with somebody from City, then two or three days after that, I was accepted.  I remember it was around 12 o’clock in the afternoon.  I took that letter I had written weeks before, handed it to my boss and said ‘here are my two weeks’.

The course was fulfilling because I was genuinely getting the most wonderfully international perspective of journalism I could get. There were so many diverse students from so many different places and countries.  I was having conversations with people in ways I never had and I really think that changed how I thought about journalism particularly covering international stories.

What happened after you graduated?

I tried to extend my visas based on me finishing my thesis for as long as the UK government would allow. I think I left London at the last possible minute I could because I absolutely wanted to stay.  I tried getting a job anywhere in journalism in the UK, but they just did not want an American girl like me.

So, I brought myself home and it was the best thing I could have ever done.  I got some freelance work, particularly at CBS news because I interned there.  For about 7 months, I worked for nothing with my Masters degree, wondering if I had made the right decision to spend all this time doing it in the first place.  Eventually, I started interviewing and got a call from 60 Minutes II, it was a sister show for 60 Minutes.  A correspondent who was up and coming named Scott Pelley, needed an assistant.  I raised my nose a little bit at first, being an assistant, because I thought it’s not really what I wanted to be doing as someone with a Masters degree.  But, one thing that I’ve learned is your pride will be the one thing that can step in your way of opportunity.  So, I interviewed for the position and would you believe, I liked Scott.  He was a great guy and I really enjoyed the work he was doing.  I got home from the interview that day and I had a message on the answering machine from Scott Pelley.  It said ‘I’d really like to offer you the position.’  I guess the next 15 years is history.

Yes, 11 Emmys among other awards.  I have now come to a place where I used to say, ‘I was really lucky’ a lot, but I’m actually not allowed to say that anymore.  I got lucky once, when Scott called me and offered me the position, everything after that, I made for myself.

It was surreal.  I was blinded by the fact that I still have so much to do.  I am just beginning.  So, I probably didn’t take it in as much as I should have.  I have this tradition that every year I have won an Emmy I kiss it. I can also see how I have evolved in wardrobe and in my confidence.

With each one, I get people joking ‘aren’t you tired?’  I answer, “I’m not, because for me it’s not about winning.”  For me, it is more about the stories that I have had the opportunity to work on, the ones that have affected change or that have given a voice to the voiceless or that have shone a light into a dark corner of the world that didn’t otherwise have it.  To tell epic stories of human struggle and to tell stories in places where people do not have people listening to them.  That is the real award.

What has been the most challenging part of all of this?

I think the most challenging part of it is really the content.  It is heavy, particularly the last few years with our Syria coverage.  I have never seen death and destruction on this level.  I have read about it and the only thing that compares would be World War 2 and the Holocaust.  So, to bear witness to a war and to atrocities like the ones we have covered in our pieces, have really been something that I never thought in my lifetime I would witness one on one.  That has been one of the hardest things.

What has been the most rewarding experience?

The most rewarding experience is when you know your story has affected change or has affected people in a certain way.  We do not do stories for fundraising.  That is not our goal, but we try to tell as fair and as balanced a story as we can.  We let the audience decide if they want to react to it. When the audience reacts in the right way, it is humbling.  That is the whole point of why you go out there and risk your life.

What advice would you give to someone wanting to pursue journalism or humanitarianism?

Well, the first thing I would say is, that it is hard and to expect it.  You are not going to get paid a lot to do this kind of work, but once you get over that and you’re willing to put the work in, then go and be the best journalist you can be.  There is nothing more important about journalism, for me, than taking your time and doing stories that matter.  Make sure your stories are correct, making sure your stories are well thought out.  For me, that’s what journalism is about. It does not matter whether or not you are the first person to get a story, what matters is that you are right.

City gave me a foundation that I did not expect to get and I am grateful for it. I think it has helped shape me to be the journalist I am today and with all the things I have been able to accomplish now, I still feel that I am just beginning.  I do not know what the end for me is or what success means to me.  It does not mean 22 Emmys, it is more about how many more places can I go to that need a voice.  Unfortunately, I do not think I am ever going to run out of list of places that are going to need that, but I sure as heck am going to try to do as much as I can.  Being pregnant, I‘ve never had more of a desire to do it.   Being around children, particular now, I feel blessed for the opportunities I’m hoping I’ll be able to give my child.  If, I can help other children in the world have even a fraction of opportunity, I want to do it now more so than I ever.

Finally, it’s the quick-fire question round!

What is your favourite place in London: Hyde Park

What is your favourite holiday destination: I’m in love with Turkey, Istanbul right now.  Rome is a fantastic city as well, particularly around Christmas time. Those would be my 2 favourite places to go.

Which website do you check every day: Really it’s probably Facebook. It is a plethora of information.

What is your dream travel destination: Namibia, Africa