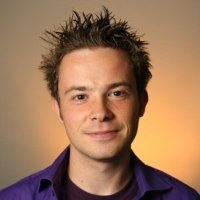 Dominic helped run City, University of London's Interaction lab which was available to students and to external companies.

Why did you decide to do a placement while at City, University of London?

I was looking to break into the UX field. The only way to do that was to commit to a Masters and gain some actual experience because I had received so much feedback from recruiters that I lacked experience.

Where was your placement and what was your role?

I was involved with City's Interaction lab because it was a facility available to students and to external companies.

What has been the most important thing gained from your placement?

The main thing was that it gave me exposure to lab-based user testing from setting up a lab on behalf of others and also running sessions within the lab. The highlight by far was working on a project for Westminster City Council and their website. It was this short project which landed me the role with a user testing agency.

What did you do after graduating?

The intention was to always break into the UX field. I worked for Amberlight Partners and Pixelgroup immediately after graduating. I have since moved onto working for AIMIA who operate the Nectar Card loyalty scheme in the UK.