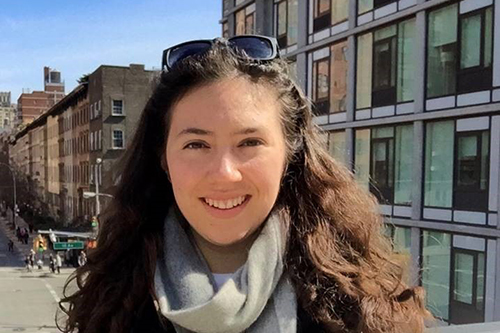 Studying the GDL gave me a solid grounding in law, and I am now studying the BPTC at City.

Why did you choose to study the GDL?

I had been considering doing the law conversion since before applying to university. I wanted to study a subject I knew I enjoyed first, since the option of the GDL was available. I did a few vacation schemes and mini-pupillages throughout my time at university, which confirmed my belief that I would enjoy the technicality and real world application of law.

What challenges did you face studying a whole new subject?

At first it was hard to get the grips with the material. English law is contained in so many different sources, and you often have to read several cases to understand it. Law is studied in a much more practical way than other degree subjects, and doing problem questions was a new way of learning – it forces you to be sure you understand what you are talking about!

Why did you choose The City Law School?

City’s reputation as providing the most academically rigorous course was the most important thing. I also knew that City had experience in helping students apply to the Bar, including lots of mooting opportunities and various talks and chambers evenings.

Did you take part in any extracurricular activities? (The Student Law society, mooting, pro bono, etc.)

I took part in the Maitland Advocacy Prize and the GDL moot. I also worked with a group of GDL students on a new pro bono project which involved observing immigration bail hearings.

What are you doing now? How has studying the GDL helped you to take the next steps in your career?

I am now studying the BPTC at City. Studying the GDL gave me a solid grounding in law which has proved useful this year and will be useful throughout my career. The chambers evenings run at City were also really useful for pupillage applications.

What advice or tips would you give to future GDL students?

Try not to be daunted by the amount of work at the beginning of the year – it becomes a lot easier once you get to grips with studying law and understand how the course works. If you want to apply for pupillage, do as much mooting as you can and go to the extra talks and chambers evenings.