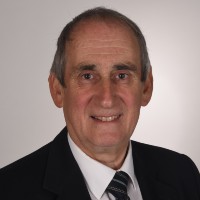 School of Arts and Social Sciences

Professor Tim Connell joined City in 1990 setting up the Centre for Language Studies from scratch. He served on Senate between 1997 and 2002 and again from 2007 to 2009. He chaired the Joint Negotiating Committee between management and unions for nine years. In 1998 he set up and ran until 2009, the external language centre at the Bishopsgate Institute.

Professor Connell writes regularly, including book reviews for The Linguist and has also published letters in The Times, the Daily Telegraph and the Evening Standard. He holds a life-long fellowship at Gresham College and is a visiting professor at Richmond International University. He is a Court Assistant at the Worshipful Company of Stationers, a specialist adviser to the All-Party Parliamentary Languages Group, and an adjudicator for the Queen's Anniversary Prize.

He is Emeritus Professor at City, University of London and holds the degree of Doctor of Letters (the only one ever awarded by the University by publication).