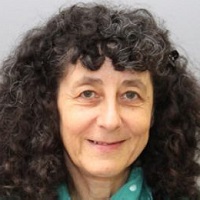 Shula is a psycholinguist specialising in typical and atypical language development. She has worked at City University London (1982-2000, 2006 to date) and at University College London (2000-2005).

After undergraduate studies in Linguistics and French at the London School of Economics, Shula undertook doctoral research on language acquisition at University College London focusing on the emergence of pronouns. Since then she has held appointments in speech and language therapy departments. Teaching on pre- and post-registration programmes has complemented her pursuit of research in developmental speech and language disorders and the evolution of her research activities. Her current collaborative research and research supervision focus on early assessment and identification of children at risk of language and social communication impairments, the development of cross-linguistic assessments, and evaluation of interventions motivated by theoretical and empirical evidence.

Shula has initiated and collaborated in research on language acquisition, typical and atypical, for over 30 years. The broad question at the heart of her research is: how do children process the input they receive to establish the connections between forms and meanings in their language?

Shula's recent and current research activities address a range of issues within this broad domain:

Identification of early predictors of language and social communication disorders

Word, nonword and sentence repetition as measures of language skills

Assessment and intervention of foundation skills for literacy in developing countries

Development and evaluation of interventions for sociocognitive and language impairments.

Shula is currently a member of a European-wide Cooperation in Science and Technology (COST) Action 'Language Impairment in a Multilingual Society' (2009-2013), whose purpose is to design and evaluate language assessments for bilingual and minority language children. She is joint leader of one of the four Working Groups in this project with responsibility for work on nonword repetition tests. See http://www.bi-sli.org/

Shula is also interested in adult language processing, and in relations between models of adult and child language processing. She has in the past collaborated in and supervised research on psycholinguistic processing in acquired aphasia, and contributed to publications and debates which foster links between research with children and adults.

Is language as poor as it looks? Assessment of language potential in socially disadvantaged preschoolers (2009-10). Penny Roy (PI), Shula Chiat and Barbara Dodd. Funded by the Nuffield Foundation.

Thesis title: An investigation of sentence repetition as a measure of linguistic processing in both typically developing and language impaired Saudi children

Thesis title: An investigation of socioeconomic effects on phonological awareness and lexical retrieval in Saudi children

Thesis title: An investigation of nonverbal imitation and language in children with specific language delay

Thesis title: The influence of linguistic structure on memory span: Repetition tasks as a measure of language ability

Thesis title: An investigation of sentence-level abilities in children with different types of speech disorder

Thesis title: Reading words and reading minds: An investigation of linguistic processing in a group of hyperlexic subjects

Thesis title: An investigation of verb processing in a child with specific language impairment