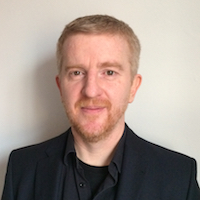 Dr Newton Armstrong is a composer, performer, and occasional builder of electronic musical instruments. His work has encompassed a wide range of activities, including score-based instrumental music, projects for children, and improvisation projects with dancers, choreographers, film, video, and installation artists. Much of his music is situated across and between the areas of instrumental and electronic music, with focus directed towards the composed interactions between people, technologies, and their environments.

Armstrong has been the recipient of grants and commissions from the Andrew W. Mellon Foundation, the Australia Council for the Arts, the Australian Network for Art and Technology, the Ian Potter Foundation, Arts Victoria, ELISION, LIBRA, and the Merce Cunningham Dance Company. His music has been featured at festivals such as Darmstadt, Festival d'Automne à Paris, Festival of Exiles (Berlin), What is Music? (Melbourne), Movement Research Festival (New York), Grønland Kammermusikkfestival (Oslo), Images Sonores (Liège), Ars Musica (Brussels), Unerhörte Musik (Berlin), and Music at Villa Romana (Florence).

After completing a PhD at Princeton University (2001-6), he taught in the Music Department and Graduate Program in Electroacoustic Music at Dartmouth College, USA (2006-8). He joined City University London as University Research Fellow in 2009, and was appointed Lecturer in Composition in 2011.