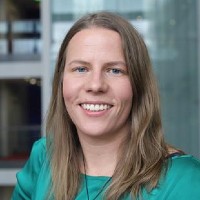 Dr Mel Bunce is the Deputy Head of the Department of Journalism and the Director of Undergraduate Studies in Journalism. Her research examines the international news system, focusing on journalism practice, media freedom, and the reporting of Africa and humanitarian crises.

Dr Bunce is currently working on two research projects. First, she is the Principal Investigator of the project: 'Promoting media freedom in a time of crisis' funded by a GCRF/AHRC Urgency Grant, with an international research team based in the UK, Sudan and the Philippines. Second, she is working on an AHRC-funded project about humanitarian journalism, looking at the funding, production and impact of media reports about humanitarian crises.

Her previous research examined the work of foreign correspondents in Africa and the way that culture, power, technology and economics shape news narratives about the African continent. This included extensive fieldwork with foreign correspondents in Sudan, Uganda, Kenya, Nigeria and Senegal. In 2016 she co- edited 'Africa’s Media Image in the 21st Century' (Routledge) on the media representation of Africa.

Her research has also explored how digital media and new technology are transforming journalistic practice. This has included studies of how collaborative platforms like Slack change journalistic work; how the introduction of website analytics can alter news outputs and power dynamics within newsrooms; and how foreign correspondents relate to their audiences through social media.

Finally, Dr Bunce has retained a strong interest in the media system and politics of New Zealand (her home country) and is the author of the best selling book, 'The Broken Estate: Journalism and Democracy in a Post-Truth World' for the leading NZ publisher BWB (2018), which was widely reported in the New Zealand media, including features in TVNZ, RNZ, Stuff, NZ Herald, Newsroom, Newshub and Spinoff.

Before coming to City, Dr Bunce taught at Birkbeck, University of London and at the University of Otago. She also worked as a columnist / media commentator in the UK, Ireland and New Zealand. She continues to do media commentary for a range of international and national outlets.