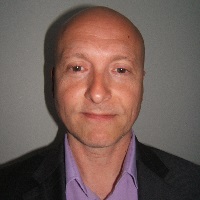 Ian Hopkins joined The City Law School (formerly the Inns of Court School of Law) as a full-time lecturer in 2001. During this time he has taught Criminal Litigation, Evidence, Advocacy, Conference Skills, and Advanced Criminal Law on the Bar Professional Training Course (and before that, the Bar Vocational Course).

He was called to the Bar in 1990, completed pupillage at Hardwicke Building, and chose to take tenancy at 10 Gray's Inn Square where he practised criminal law. During his early career at the Bar Ian did both prosecution and defence work, and later exclusively criminal defence; establishing a successful Magistrates' and Crown Court practice in London and the South East.