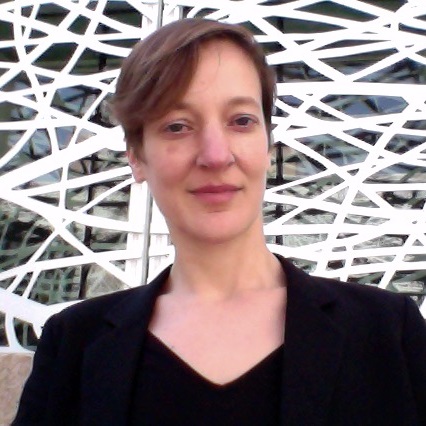 Grietje Baars works on the role of law in society, using queer and Marxist theory to understand (and ultimately subvert) the constitutive, ordering and ideological functions of law. Having worked on the political economy of international law, and law's gendering separately, in their latest project, Queering Corporate Power, they combine the two to discover how Queer theory (and practice) can help reverse the distributive effects of the corporate form, the 'motor of capitalism'. Their monograph (Law, Capitalism and the Corporation, Brill, 2019) describes the way international criminal law has been utilised to obscure the economic causes and effects of conflict, through (amongst others) an in-depth analysis of the Post-WWII Nuremberg Trials of the German Industrialists.

Grietje has also co-edited, with Andre Spicer, The Corporation, a Critical, Multidisciplinary Handbook, a volume which has come out of the ESRC funded Critical Corporation seminar series (CUP 2017). In addition to these major projects, Grietje has written on the emancipatory potential of human rights law and the interconnectedness of liberation struggles. Grietje has a background in English literature (Utrecht 1997), corporate-commercial legal practice in the City of London (2000-04) and human rights and international humanitarian law work in the Middle East (2006-09). They gained their PhD from UCL in 2012 and are currently a senior lecturer at the City Law School as well as a regular faculty member at the Harvard Institute for Global Law & Policy's global and regional workshops.

At the City Law School, Grietje is the Module Convenor for LLB1 Foundations of Criminal Law and Further Issues in Criminal Law, and co-convenor of the Law of the European Court of Human Rights. They also designed and taught the LLM courses International Human Rights in Law and Practice and International Law in the Global Political Economy as well as the LLB3 elective International Commercial and Investment Arbitration.

Grietje has supervised PhDs to successful completion in the area of corporate governance, and currently supervises PhD candidates working on law, race and literature and LGBT asylum practice.