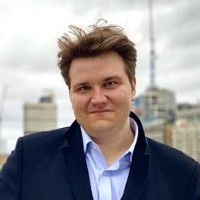 George Negas is a lecturer in broadcast, social and digital journalism, working primarily for the MA Broadcast Journalism and MA Television Journalism courses.

George's teaching mainly focuses on video editing for TV, social/digital newsgathering and verification, writing for digital and packaging video for social media. Techniques used during teaching have been praised by many visiting editors from the media industry and the Broadcast Journalism Traning Council (BJTC).

He is also a video journalist, currently working part-time as a Deputy News Editor, Picture Supervisor and Trainer at the video division of the Reuters News Agency and as a freelance Deputy Foreign News Editor and Output Producer at Sky News.

He has been involved in the coverage of many major breaking news stories, including the terrorist attacks in Westminster, London Bridge and Finsbury Park, the EU referendum and Greece's deadliest wildfires.

A native Greek, George has also worked for the country’s public broadcaster, ERT, and was involved in employee-organised, EBU-supported broadcasts in 2013, when the then-government shut the broadcaster down overnight.

George is a member of the Royal Television Society.