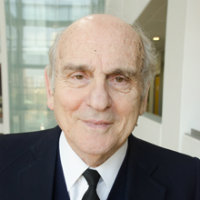 School of Arts and Social Sciences, Department of Economics

Professor Gycopantis is an Emeritus Professor at City, University of London and specialises in game theory and mathematical economics.

The research covers a large area in mathematical economics. In an attempt to formulate more realistic economic problems, new Hamiltonian functions have been introduced and the idea of Pontryagin's Maximum Principle has been extended. Generalizations of the Euler-Lagrange equation and the transversality condition of optimal growth models have been obtained. Stability of the steady-state requires the investigation of the properties of difference-differential equations. A stochastic optimal growth model has been investigated. A model with a cusp catastrophe, a linear programming problem with a duality gap, and issues in continuous models have been discussed. Work has also been carried out in the areas of cooperative and non-cooperative game theory, with an alternative approach to the Nash bargaining solution. The papers considering issues in economies with asymmetric information have attracted some attention. References to a variety of the above papers have been made in publications, discussion papers and PhD theses.

PhD theses have been supervised and examined in the areas of The Separation Thesis and Capital Market Constraints, Industrial Economics, Measurement of Efficiency in a Dynamic Context, Health Economics, and the History of Economic Thought.