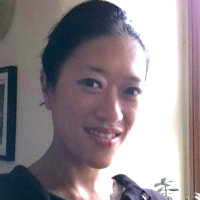 Diana Yeh is Lecturer in Sociology, Culture and the Creative Industries in the Department of Sociology.

Prior to joining City, she taught at the University of Winchester, Birkbeck College and the University of East London. She has also held postdoctoral research positions at the universities of Bristol and Westminster and a fellowship with the journal Sociological Review.

Diana's research interests lie in race and racisms, migration, diaspora, youth and cultural politics, with a particular focus on constructions and contestations of British Chinese and East Asian identities. She has conducted multi-sited fieldwork on the politics of identity and belonging among Chinese migrant artists in light of their translocal histories across Britain, South Africa, Italy, China and Taiwan.

Her book, The Happy Hsiungs: Performing China and the Struggle for Modernity, was published with Hong Kong University Press in 2014. Her current research explores the intersections of migration, racialisation and global youth cultures, and racial inequalities in the creative and cultural industries.

She is Principal Investigator of the British Academy/Leverhulme funded project, ‘Becoming East Asian: Race, Ethnicity and Youth Politics of Belonging in Superdiverse Britain’ with Tamsin Barber at Oxford Brookes University.

Committed to working beyond academia, Diana has presented her research on BBC Radio Four and Resonance FM, at institutions such as the Wellcome Trust, National Portrait Gallery and Tate Britain, and at the International Bookworm Festival in China. She has also acted as a consultant for the Royal Geographical Society and worked on a Knowledge Exchange Partnership for Bristol University with Penguin Books.