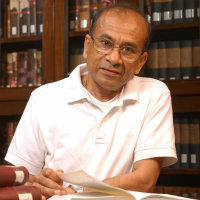 He was Professor of Law and Associate Dean of Law at City University of Hong Kong before he joined City, University of London in 2013. He has held visiting appointments in the USA and France. He was a Commonwealth Scholar in the UK (1975-1979), Commonwealth Academic Fellow in the UK (1986-1987) and British Council Academic Visitor (1991). He was awarded two UK-HK Joint Research Grants to study town planning law and administrative law jointly with academics and practitioners from the UK.

He conducts training programmes for the Attorney-General's Department of Hong Kong. His research interests are in constitutional law, planning law and comparative law.