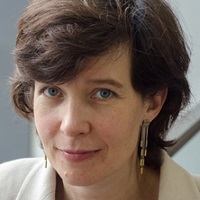 School of Arts and Social Sciences, Department of Economics

Prior to joining City, she was a Senior Economist at the Institute for Fiscal Studies where she worked at the Center for the Evaluation of Development Policies (EdePo). Her research has been mainly devoted to understanding the role of public policies in improving human development. Public policies she has been studying are mainly related to migration, education (Conditional Cash Transfer programme "Familias en Acción" in Colombia), health (maternal health and nutrition programmes in Malawi, Health Insurance in Nigeria, Quarantine measures after the outbreak of infectious diseases such as Ebola) and labour market (New Deal programmes in the UK).

Currently she has been strongly involved in the policy debate about how to eliminate Human Smuggling. You can watch her on TV5 Monde speaking about pricing the smugglers out of the market : https://www.youtube.com/watch?v=ZlvFCWWvMRU

2014 onwards : Lectures in «Social Policies in developing countries» to PG students in Master PPD at the Paris School of Economics.

2005, 2006: Lectures in Public Economics to UG Students in Oxford and Cambridge Universities.

1999-2001 : Trained teachers in France to prepare for the French national “Agregation” competition which gives them the title of Professor. Lectures in population economics.

1997-1999 : Lectures in microeconomics to undergraduate students at the University of Paris 2.