Who will win the French presidential election?

Cass expert applies leadership research to predict who might win.

The race for the French presidency is proving to be a hot topic, with three high-profile and potentially divisive candidates to choose from.

Let’s assume French people had no knowledge about the three leaders, and will make a decision about whom to vote for just by looking at their observable physiological characteristics. Who would be the winner?

Dr Oguz Ali Acar is a Lecturer in Marketing at Cass Business School.  He recently undertook research which examined a diverse range of fields including endocrinology, genetics, psychology and psychiatry to assess the current state of leadership research and to identify what individual factors determine leadership success.

Here, he applies his expertise to the three candidates who currently lead the opinion polls – François Fillon, Marine Le Pen and Emmanuel Macron.

“One physiological characteristic people draw conclusions from is the age of leaders. Research shows that people associate age with competence. Fillon will therefore be perceived most competent; Le Pen will be perceived more competent than Macron. However, there is one exception to these inferences – older looking leaders are not preferred in times of change. So, to the extent that French people believe there needs to be some change, Macron will have an advantage.” 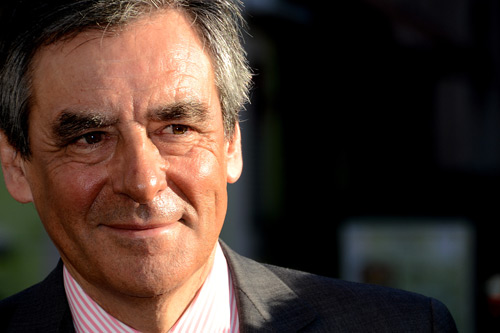 “Another characteristic based on which we make inferences is gender (unfortunately). There are social stereotypes of the role of men and women, and this often creates a barrier and a negative bias toward women as leaders. Extensive research shows that women are often perceived as insufficiently agentic (ie competent and dominant) and too emotional to be a successful leader. And even more unfortunately, when women do not act in accordance with the gender stereotypes, they experience a backlash effect – ie they are evaluated negatively and penalised for gender-incongruent behaviour.

For example, a recent large-scale study has shown that engaging in ineffective interpersonal behaviours, which is strongly related to gender stereotyping about communality (ie women are perceived as warmer and kinder than men), is more damaging for female leaders than for male leaders, despite these leaders having similar performance evaluations.  Le Pen therefore has a clear disadvantage just because she is a woman.” 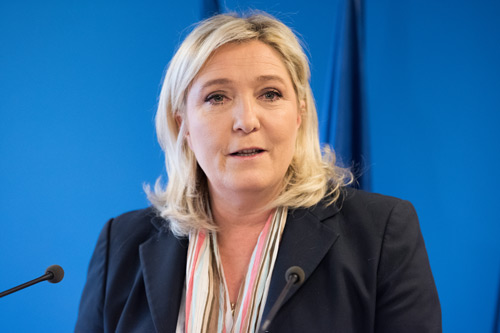 “Another physiological characteristic, from which we often subconsciously draw inferences is the face width-to-height ratio (fWHR).  In our review, we document research that shows that perceptions about fWHR may be a double-edged sword. On the one hand, those who have a higher ratio are more likely to be perceived as dominant and masculine; on the other hand, they are perceived as less trustworthy.

Le Pen has a smaller ratio compared to the other two candidates who have almost the same ratio – Fillon’s ratio is slightly higher.

Prior research suggests that dominant and masculine looking leaders (ie those who have a higher fWHR), like Fillon and Macron, are likely to be preferred in in competitive settings, such as wartime whereas feminine and less dominant looking leaders (ie those who have a lower fWHR), like Le Pen, is preferred in cooperative settings such as peacetime. So, if French people perceive their current situation as a competitive one, Macron and Fillon has the “face-advantage”; otherwise Le Pen has it.  Recent terror events may have made French people more concerned about external threats – ie perceiving the situation of their country as a competitive one. If this happens to be the case, Macron and Fillon have an advantage.” 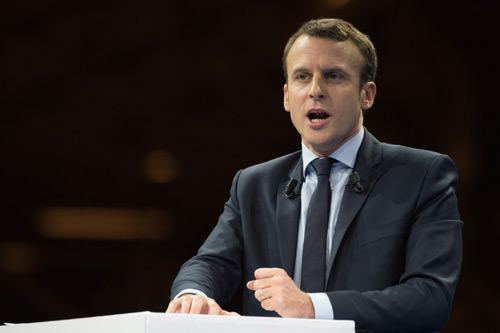 “We also know from prior research that physical height is positively associated with becoming a leader because people are biased towards taller leaders. In the case of French election, the differences between candidates’ physical height is really negligible (ie 1-3 cm), so none of the candidates have a clear advantage in terms of their height.”

Dr Acar examines who might win in four alternative scenarios.

Scenario 1. French electorate want change instead of stability and are really concerned about external threats to their country: winner Macron.

Scenario 2. French electorate want stability instead of change and are really concerned about external threats to their country: winner Fillon.

Scenario 3. French electorate want change instead of stability and are not particularly concerned about external threats to their country: winner Le Pen or Macron.

Scenario 4. French electorate want stability instead of change and are not particularly concerned about external threats to their country: winner Le Pen or Fillon.

"Clearly, leaders’ behaviours, messages, marketing and publicity are also very important in how people perceive them. The physiological characteristics described above are just another factor which, according to previous academic research, are likely to influence whom the French electorate will vote for.”

The original research was published in The Leadership Quarterly and undertaken in conjunction with Dr Aybars Tuncdogan, Cardiff University, UK and Dr Daan Stam, Erasmus University, the Netherlands.  You can read the paper here.