Research from City University London has had a direct impact on international relations in the Middle East and informed media coverage of the Arab uprisings. 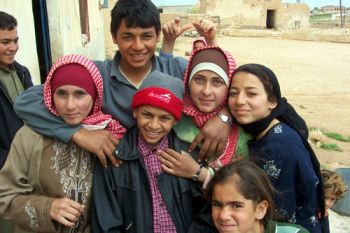 In late 2011 Professor Hollis was asked by the Director of the EU Institute for Security Studies (EUISS) to write a policy options paper on humanitarian intervention in Syria, to brief the European Commission (EC).

Her paper outlined three scenarios for the Syrian crisis and their implications. These scenarios were then adopted to frame a discussion among policymakers and humanitarian agency personnel in February 2012 and informed their recommendations to United Nations officials in Geneva. This in turn fed into the UN initiative to seek a diplomatic solution to the Syria crisis.

The impact of Hollis's work lay specifically in her depiction of scenarios, contingencies and possibilities, to frame discussion, rather than simply offering her own policy recommendations. In her adoption of this technique for framing discussion Hollis drew on her research on conflict and political risk in the Middle East, the findings of which clearly indicate that decision-makers are prone to highlight information that supports their preferred courses of action.

The use of scenarios militates against such tendencies by obliging the decision-makers to compare and contrast the consequences of alternative options. In this particular case, recourse to the scenarios technique revealed that military intervention would most likely undermine the prospects for the effective delivery of humanitarian aid by creating a direct confrontation between external actors and those inside the country rendering cooperation with the latter less likely.

Professor Hollis's acknowledged expertise has also seen her contribute to several policy workshops and publications of the EUISS and other 'think tanks'; she has also presented her research findings to military service personnel on various occasions, including a series of Ministry of Defence short courses on the Middle East run by The Department for Peace Studies at the University of Bradford.

Helping forge closer links and understanding between the UK and Turkey

In October 2011 Professor Hollis was invited to participate in a Forum called the Tatlidil, set up by Jack Straw and other senior parliamentarians to help develop a closer bilateral relationship between the UK and Turkey. During the meeting she learned that the Turkish delegation would have liked more input about UK policy in the Middle East to parallel their input on Turkish policy. Consequently, at the second meeting of the Tatlidil (October 2012 in Istanbul) Professor Hollis presented a summation of her research findings on the British response to the Arab uprisings which served as a counterpart to a parallel Turkish policy presentation. Hollis was commended for her input by former UK Ambassador to Turkey Sir David Logan and Labour Shadow Foreign Secretary Douglas Alexander.

In 2012 the UK government began preparation of its 'Balance of Competences Review' to inform debate and decision-making on UK membership of the EU. Hollis was one of the individuals invited by the Foreign & Commonwealth Office to submit evidence to inform the part of the review devoted to Foreign Policy. The evidence she submitted drew directly on the research she had undertaken on the substance and impact of both UK and EU policies in the Mediterranean Neighbourhood. This evidence was quoted in the Review of the Balance of Competences between the United Kingdom and the European Union Foreign Policy (July 2013) - see pages 45, 46 and 47 - in its Case Study on the 'Arab Spring' and served to substantiate the argument advanced there that the EU has added value to the pursuit of UK policy and interests. Of the 64 people who submitted evidence for this report, 13 were academics, representing 10 UK universities (with 2 each from Oxford, Birmingham and City University London). Hollis and Professor Alan Riley (City Law School) were the two from City.

Informing the media on Arab uprisings 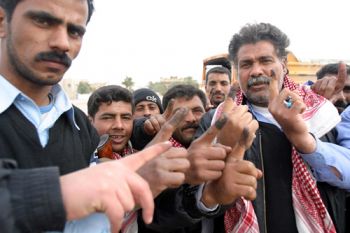 Professor Hollis frequently offers her expert analysis on broadcast media and she has contributed to a wider public understanding of and engagement with her areas of research expertise.

She has presented her analysis and offered commentary on a wide range of media outlets including BBC Radio 4 (The Today Programme, Start the Week, Any Questions), Sky News, the BBC World Service, Al Jazeera and Radio France International.

In 2011 Foreign Office Minister Alastair Burt was prompted to invite Professor Hollis to join a group of specialists for a brainstorming about the implications for Britain of the Arab uprisings having heard her comment on The Today Programme.

Hollis's research has been facilitated by her inclusion in a number of research projects and activities mounted by fellow academics at other universities, government bodies, policy institutes and scholarly institutions like the British Academy (wherein Hollis is a member of the Area Studies Advisory Panel on the Middle East).

With the continued instability in the Middle East Professor Hollis's research expertise will continue to be called upon for many years to come.