One of the world's largest manufacturers of aircraft engines has received a boost to its business performance and the confidence of its engines - thanks to software developed by research from City University London.

The software, called 4Cast, automates and accelerates the analysis of engine components, modelling their reliability and risk of failure.

For industry partner Rolls-Royce, 4Cast can model the reliability of components, subsystems and entire engines using all kinds of relevant data, so that a business case can be supported for a new engine, or the project rejected based on the expectation for the engine's performance.

It means the research and development process for an engine can be improved and the time-to-market shortened.

Along with Rolls-Royce's activity in the aerospace industry, the software has also been used in its other divisions, supporting the marine and energy markets around the world.

The research in survival analysis, which is behind the 4Cast software, was undertaken by City's Professor Martin Newby. It has been supported through several contracts and partnerships with Rolls-Royce, Warwick Manufacturing Systems and the Department of Trade and Industry's Defence and Aerospace Research Partnerships initiative (DARP), which altogether have been worth around Â£525,000. 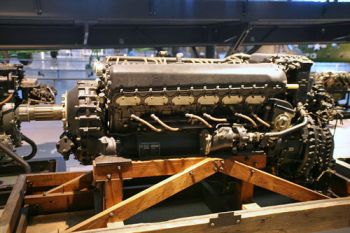 The 4Cast software allows all relevant information known on engine components, their past history and use in the field, to be assessed. This information is then used to predict their behaviour, reliability and expected lifespan, taking account of anticipated operating conditions. It can then model components together to determine the case for subsystems and whole engines.

The 4Cast system has been used extensively at Rolls-Royce since 2006, and has allowed in-house teams to carry out the modelling and analysis, rather than having to make use of external partners.

It is used within Rolls-Royce's process of determining the minimum reliability for an engine that still gives a profitable business case. For example, the engine used for the Airbus 350 aircraft was the first to make use of this software back in 2008, and continues to do so extensively. The software has influenced Rolls-Royce's pioneering approach to engine maintenance, and it has helped improve the performance of their Trent family of engines, which are used in electricity generation.

The 4Cast system has been used extensively at Rolls-Royce since 2006.

The software supports the analyses underlying the maintenance planning and support for engines in service through, for example "Power by the Hour". The result is that this software has a significant impact on the business performance at Rolls Royce across the group, and in associated support of the aerospace, marine and energy markets around the world.

It has been supported through several contracts and partnerships with Rolls-Royce, Warwick Manufacturing Systems and the Department of Trade and Industry's Defence and Aerospace Research Partnerships initiative (DARP), which altogether have been worth around Â£525,000.