The huge economic slowdown brought about by Covid-19 has resulted in companies around the world seeking help from their governments. The conditions of these bailouts vary but some countries have notably said that tax avoiders should not benefit. Poland and Denmark were the first, with Austria, France and Italy making similar noises.

Companies that avoid paying tax argue that they operate within the law and do not breach any rules. This may be true. But the outcomes for government purses have been dire. One piece of research found 40% of all corporate tax revenues are parked in tax havens, leading to a tax loss for global society of US$700 billion in 2017 alone.

How can a company that has avoided giving back to the society in which it operates and paying into crucial services now expect to be bailed out?

Good corporate citizenship involves the fair payment of local taxes. For far too long corporations have seen tax as a cost to their business rather than a repayment to the stakeholders that provide key infrastructure and services like roads, police and hospitals.

At the same time, there has been rising global competition between states to attract foreign business investment. This results in a race to the bottom for countries trying to raise tax revenues, with offshore tax havens often charging zero taxes for the businesses based there.

Over the last few decades, giant multinationals have got away with very little in the way of corporate tax payments. Exposés like the Luxembourg leaks revealed how companies shift their profits from the country where they were earned (such as the UK) to a country that has a much lower corporate tax rate (such as Luxembourg). These are the same tax receipts that pay for the hospitals struggling to cope with the surge in demand from Covid-19 sufferers.

There is an entire industry set up around this practice. Armies of lawyers, bankers and accountants enable companies to funnel their profits to low-tax jurisdictions. This may be legal but instead of helping states protect their infrastructures and services, this erodes their tax receipts.

Open to debate is the definition of a tax haven. The EU has its official list of “non-cooperative jurisdictions for tax purposes”. This includes places like the Cayman Islands and Panama, which are outside of the EU. Yet some of the biggest tax havens are in the EU, including Luxembourg and Ireland.

This is a highly sensitive and political issue. But the reality is that it has become normal for multinationals to even shift their profits from one EU country to other EU countries which have lower corporate tax rates. One study finds that France, for example, loses 22% of its corporate revenue to tax havens – 18% of this goes to other EU countries. In 2017 it lost US$13 billion, of which more than US$11 billion went mostly to Luxembourg, Belgium, the Netherlands and Ireland.

Another recent study by the Tax Justice Network think tank found that Italy and Spain – both badly hit by coronavirus – lost significant tax revenues (US$1.5 billion and US$1 billion, respectively) to the Netherlands in 2017. Yet most of the recent announcements by countries to not give state aid to tax avoiders only use the EU’s official list.

A better solution to this problem would be to introduce country-by-country reporting. This would allow investors and government to accurately tell where a company trades, where it parks its profits, and where and what taxes it actually pays. Considering accounting has international standards and most big corporations are audited by one of the Big Four auditing firms, this should be relatively easy to implement.

Unfortunately, however, researchers have shown time and again – for example in the creation of privatised international accounting standards or the dominance of the Big Four global accounting firms – how the practice of accounting is highly political and captured by powerful corporate interests. As a result, more and more of the tax burden falls on ordinary people who have less power and influence over their tax affairs. 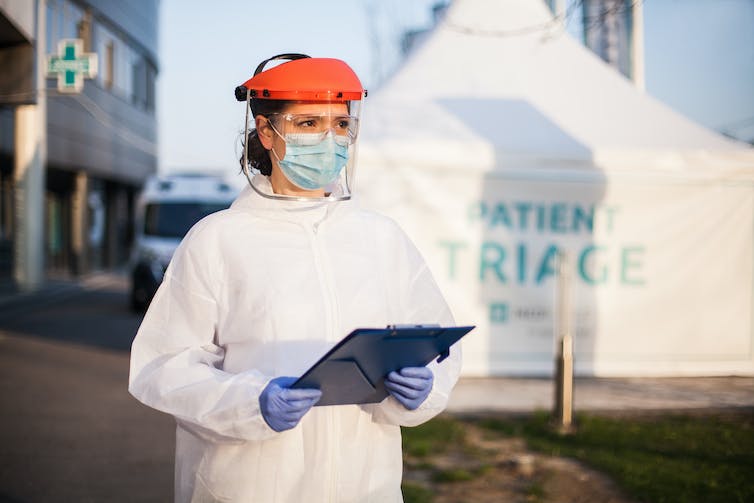 Essential services in society are paid for by taxes – which lots of companies avoid paying. [Photo: Shutterstock]

Now that we are in a profound economic crisis, with a number of multinationals reliant on state aid, we have a unique opportunity to change business as usual. Corporations are in trouble and seeking state aid so governments can now call the shots, and make sure that money is not given away without conditions. Such conditions can include not having a subsidiary in a tax haven, transparency about profits earned in each country, and greater openness and commitment to paying fair taxes in the countries where revenues are earned.

This will require genuine global cooperation on tax matters. A race to the bottom between countries for tax collection should no longer be tolerated. At stake are the jobs, pensions, education and healthcare for citizens in every country.