UK decision to withdraw from Unified Patent Court 'not a surprise'.

The UK government confirmed on February 27th 2020 that it would be withdrawing from the Unified Patent Court (UPC), despite the UK ratifying the underlying agreement in April 2018. 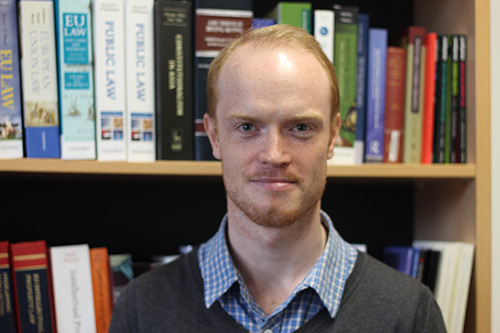 Intellectual Property expert and Senior Lecturer in The City Law School, Dr Luke McDonagh, says the decision to not participate in the Unified Patent Court will come as a disappointment to UK patent holders and lawyers, but "it is not a surprise given the current government’s hardline stance on the jurisdiction of the Court of Justice of the EU."

Dr McDonagh says that the City of London appeared to be on course to welcome the new court.

However, in the absence of the UK, the UPC's judges will have the authority to make decisions on disputes that will be binding across a large geographical area of the EU.

The UPC’s judges will have jurisdiction to hear patent disputes and issue remedies to litigants that will be binding within an area covering almost the entire EU. This is a huge change from the awkward present system, which requires national litigation in each individual member country. 25 out of the 28 EU member states, including the UK initially, agreed to join the UPC, with Spain, Poland and Croatia the only ones not participating. Until the Brexit referendum, the UK seemed to be well on the way to full ratification of the UPC. Indeed, for the past several years the UK government has been making plans to host one of the new court’s central divisions in Aldgate, east London, where a building had been leased and refurbished in preparation for the new court’s establishment. Mock trials took place there in recent years.

He holds the view that though the UPC will have its own jurisdiction to rule with respect to most patent issues  like the infringement of patented drugs, it must defer to the CJEU in a small number of areas of EU law - issues arising under the Biotech Directive or matters relating to Supplementary Protection Certificates.

"In line with this, the CJEU in Opinion 1/09 held that only states that accept the supremacy of EU law and the jurisdiction of the CJEU may sign up. The prior U.K. government under PM May ratified the UPC in 2018. Yet, ultimately this link with the CJEU proved to be too much for the current government. Italy has already staked a claim to host the UPC central division that was to be based in London in Milan. After the loss of the European Medicines Agency to Amsterdam the loss of the UPC is another blow to the UK life sciences sector."