WhatsApp payment service can be a success where digital payments are less developed, says Cass Lecturer in Banking

WhatsApp has announced the launch of its new digital payment service to allow users quick and easy transfer of money to contacts and businesses.

The Facebook-owned instant messaging platform has rolled out its new feature in Brazil, and while Dr Francesc Rodriguez Tous, Lecturer in Banking at Cass Business School says integrating payment capabilities into a hugely popular app will add convenience, question marks remain over its security and how much trust consumers have in Facebook’s handling of personal data. 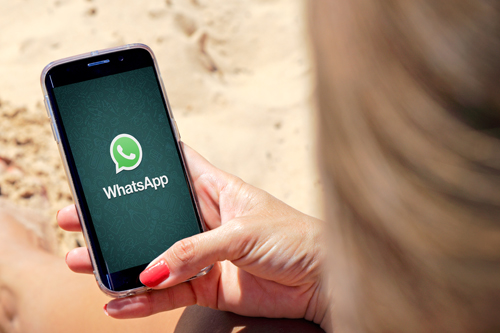 “Facebook has had an eye on electronic payments for a while, and WhatsApp follows in the footsteps of its Chinese counterpart WeChat.

“WhatsApp’s plan for digital payments has been in the pipeline for several years, but in the midst of a global pandemic – in which Brazil has been particularly badly affected – reducing face-to-face interactions to do business will increase the appeal of the service to both companies and consumers.

“As well as being WhatsApp’s second largest market, Brazil does not have a highly developed electronic payment system. Electronic payments were of course possible before WhatsApp in Brazil, but as it is integrated with the chat and has a large user base, it is convenient and could become the preferred choice by end users fairly fast.

“Brazilian regulators also appear to have been more lenient than in, say, India – Facebook’s largest market –  where WhatsApp has been trying to launch digital payments for a while and looks set to do so shortly.

“Establishing itself as the leading electronic payment method in India and other countries where no viable alternatives exist would be very profitable for Facebook, which is why it is prioritising countries where the likes of Monzo and WeChat have no presence.

“As far as security goes however, some concerns remain.

“Facebook has been very vocal in establishing itself as just a platform, with as little responsibility as possible regarding what happens inside the platform. Therefore, without clear boundaries in the use of the data – such as GDPR—it is very difficult for the end user to understand how their data will be used.

“On the other hand, businesses collecting payment data from customers may be subject to security breaches. Nevertheless, as long as this service is mainly for small businesses, the payoff of doing so is low.

“Having said all of this, encryption is a fast-evolving sector so things might change in the near future.”

All quotes can be attributed to Dr Francesc Rodriguez Tous, Lecturer in Banking at Cass Business School.