Professor ManMohan S. Sodhi listed as one of the leading operations management professors in the world

Professor ManMohan S. Sodhi, Professor in Operations and Supply Chain Management at Cass Business School, has been listed amongst the leading operations management (OM) professors in the world, based on researchers’ publications in the very top four OM journals over 2001-15.

The analysis appears in a forthcoming paper in Decision Sciences by Z.A. Koufteras et al. (2020). Professor Sodhi was included for his publications in POM.  While the lists for individual scholars and institutions are dominated by US-based scholars and their universities, Professor Sodhi and City, University of London are among only a handful of individuals and universities outside the US that are mentioned. 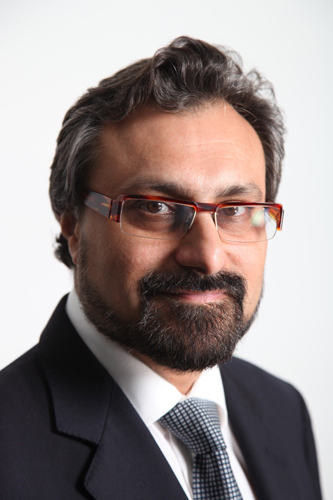 Professor Sodhi’s name was selected from nearly 3,000 scholars who have published in the four journals over 2001-15, and City was consequently mentioned from over 800 universities worldwide. Each list of individuals, per journal or across journals, has only the top 50 names.

Professor Sodhi, who has been at Cass since 2002, said he was grateful for his research to be recognised on a worldwide platform and to the School for providing the research environment to do so.

“I enjoy working on different types of problems — mostly to do with supply chain risk and sustainability, but also sometimes healthcare. Currently, I am working on countries’ preparation for the next pandemic by building supply chain capability, implementing new technologies like blockchain in the supply chain, and another one on corporate social responsibility and corporate philanthropy,” he said.

Professor Paolo Volpin said he was delighted to hear of Professor Sodhi’s success.

“I warmly congratulate Mohan on his success. It is always wonderful to see a colleague’s work being recognised worldwide.  We are a research-led business school, so to be mentioned amongst only six or seven business schools in Europe for operations management publications in the very top journals is not only heartening but also consistent with our positioning.”

Find out more about Operations and Supply Chain Management at Cass here.

Find out more about Research at Cass here.