Tesla shares shoot up by 40 per cent, outpacing analyst predictions

Tesla’s share price has increased by 40 per cent over two days, shooting past $150bn to rise by more than $887 apiece.

This dramatic rise means the firm’s share price has more than tripled in the past three months, outpacing analyst predictions.  It now ranks as the world’s second most valuable car company. 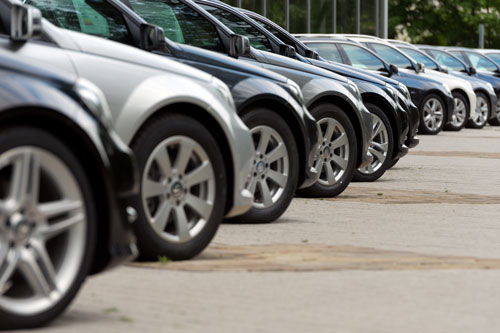 “Whether one believes that Tesla’s stock price movement is ‘irrational exuberance’ or the rational evaluation of the net present of the company’s future earnings, the rise is a cold-water splash in the face of the auto companies asking them to wake up.

“Clayton Christensen, who passed away recently, warned established companies against disruption from upstarts with low-end technologies. While it is hard to think of a Tesla as a ‘low-end’ product, making an electric car requires  less manufacturing prowess, which established auto companies have oodles of, and a lot more software, which they don’t.

“Hydrogen fuel cells would have helped the oil majors as suppliers of this gas, and the auto companies as well, because hydrogen-fuelled cars require more, not less, manufacturing. However, the eco-system did not converge on this in part because diesel became the focus, led by the German auto manufacturers, taking the industry in a direction now widely seen as 180 degrees from sustainability.  Dieselgate did not help either.

“True, the auto companies have invested in hybrids and now electric vehicles, but perhaps too little, too late judging by these companies’ stock prices, including Toyota’s, which have been treading water for the past five years.

“The stock market’s reaction to continual good news, whether about Tesla’s ability to execute or about its batteries, suggests that investors think auto companies will have to buy technology from Tesla to survive despite Tesla’s opening up its patents to all, with limitations. Technology includes the software and hardware for autonomous vehicles, where Tesla has developed its own and is seen as being well ahead of the pack.”

All quotes can be attributed to Professor MahMohan Sodhi.

“The soaring stock price might be an indicator that investors believe that Tesla has finally managed to make the transition from a responsive supply chain to a functional supply chain - after a period of ups and downs.

“Then Tesla aimed to mass-produce cars for a broader customer base using an efficient supply chain. Efficient supply chains are characterised as producing large volume of cars at low costs. There is less manufacturing flexibility and delivery delays are short.

All quotes can be attributed to Dr Florian Lücker.