The US President’s rhetoric undermines allies’ confidence and can even appear to threaten the established world order. But new research by a City, University of London professor indicates that alliance-building ‘ultraimperialists’ on both sides of US politics and beyond are likely to ensure the status quo of American dominance is maintained, despite domestic and global challenges

Powerful economies continue to emerge in developing countries across the globe – not least in the ‘BRIC’ economies of Brazil, Russia, India and China. This leads journalists and commentators to pose the question: is America’s leading role in world affairs under threat?

The political, economic and military predominance – or ‘hegemony’ – of the US over all other nations has been a constant in global politics for many decades.

But, as developing economies grow stronger and more eager for increased global influence and power, the 2016 election of the most unpredictable US President in history lends his country’s hegemony an air of volatility.

But while Donald Trump has raised eyebrows in befriending the leaders of Russia and North Korea, and raised temperatures with some of his incendiary comments about other nations, new research from City, University of London suggests that, despite turbulent rhetoric, not a lot will change. 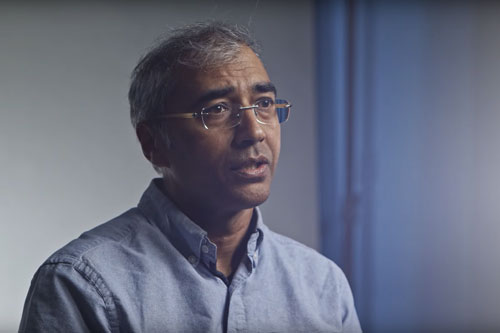 “This is not socialisation,” says Professor Parmar, “but elite alliance-building and incorporation into the dominant model of order, fostering deep inequalities within emerging states.”

“It is really, in a word, ultraimperialism.”

“The elite knowledge network is the American elites’ essential power technology, without which it would be more difficult to employ trained experts to produce useful knowledge that constructs ideology, institutions and policy.

“When ideas embed in networks that socialise young scholars, practitioners and leaders, they become hardwired thought patterns that define normality.”

Professor Parmar’s research takes a two-strand approach to assessing these elite networks and the way they establish influence.

He looks at how, during the 1970s, the networks strategically co-opted and derailed or domesticated the demand for a New International Economic Order (NIEO) by postcolonial states – and, in particular, how they managed and channelled the rise of China.

The paper then addresses the ways in which foreign policy elite knowledge networks have mobilised to contain, channel or reverse the Trump administration’s ‘America First’ policies.

Symbiotic with NATO, European unity and the special relationship between the US and the UK, such networks provide an ‘international umbrella’ that is rooted in the liberal international order.

So entrenched are these networks, that their umbrella can even protect from the wishes and whims of a US President.

Some of the many instances of elite knowledge network influence in the paper include:

“Despite crises and challenges that include the disruptive effects of Donald Trump’s presidential campaign and subsequent Twitter-disseminated rhetoric, these elite knowledge networks continue to successfully manage, channel or block threats to American hegemony.”

The emergence, since publication of this article, of the ultra-right Charles Koch and liberal internationalist George Soros-funded Quincy Institute for Responsible Statecraft suggests that the underlying complaints of Trump about the liberal international order are being given serious consideration but will probably amount to a recalibration of US hegemonic strategies rather than their repudiation.

Elite networks are managing US hegemony in turbulent times.