The City Law School alumna is the winner of the 2019 Inspirational Woman of the Year, Barrister of the Year award.
First published Wednesday, 27th November, 2019 • by John Stevenson (Senior Communications Officer) 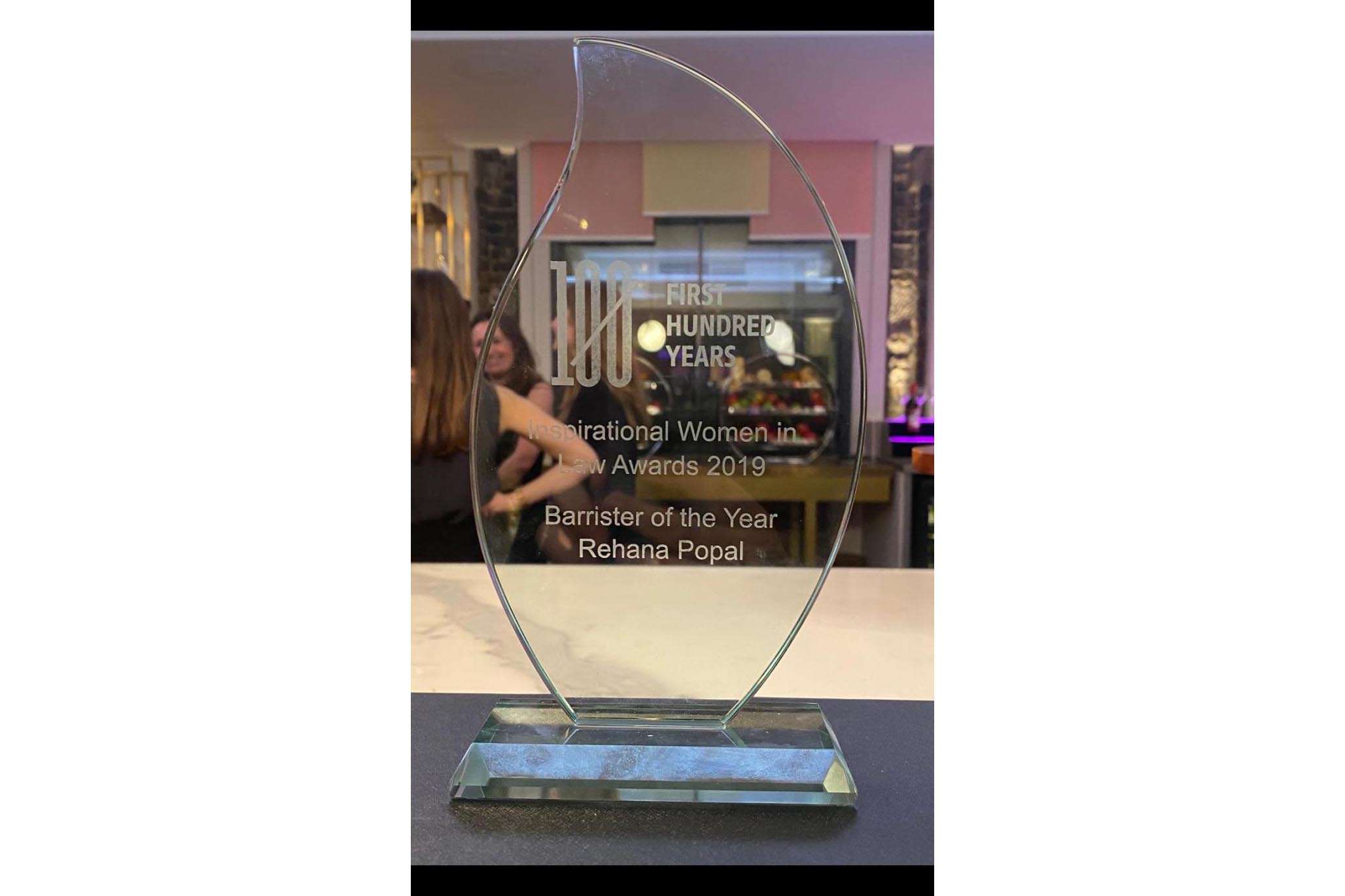 City Law School alumna, Rehana Popal, has been awarded the 2019 Inspirational Woman of the Year, Barrister of the Year Award by the First Hundred Years organisation and history project.

The First 100 Years project is supported by the Law Society, the Bar Council and CILEx.
It charts the journey of women in law since 1919.

The First 100 Years is powered by Spark 21, a charity founded to celebrate, inform and inspire future generations of women in the profession.

Created by Dana Denis-Smith, First Hundred Years celebrates the centenary of the Sex Disqualification (Removal) Act 1919 which paved the way for women to become lawyers for the first time.

Rehana enjoys the distinction of being the first person from Afghanistan to be called to the Bar by the Honourable Society of the Inner Temple.

She is delighted with her First Hundred Years award:

It is an honour to have won, especially on the centenary of the Sex Disqualification (Removal) Act 1919, which allowed women to enter into the legal profession for the first time. We have all come so far and made such an impact in just 100 years. I’ll begin by saying a thank you to First 100 Years. This history project is ground-breaking, creating an archive of the amazing women and their achievements since 1919.

"Their work will ensure that those women who worked so hard to break down barriers will be remembered and continue to inspire girls for hundreds of years to come. I want to say a particular thank you to my mother, who has been an incredible role model and, undoubtedly, the biggest reason for my success. I hope each of our journeys will continue to inspire young women for generations to come."

Rehana is a barrister at 10 King’s Bench Walk.

She graduated in 2011 from City’s School of Arts and Social Sciences (SASS) with a BSc in International Politics. She proceeded to study for her Graduate Diploma in Law (GDL) at the City Law School, which she obtained in 2012.

Rehana remained at the City Law School, qualifying as a barrister after completing the Bar Professional Training Course (BPTC) in 2013.

While studying on the GDL course she was the recipient of the Major Exhibition and Duke of Edinburgh Scholarships sponsored by the Honourable Society of the Inner Temple.

She was also the winner of the Bar Pro Bono Award in 2013.

For more information in the First Hundred Years, please visit this weblink.