A tribute to Debbie Dickinson

Debbie had a long and varied career at City, University of London, having worked here in a range of capacities for over two decades and pioneered the University’s creative industry teaching.

Debbie had worked extensively in the music industry before arriving at City, where she was particularly involved with jazz, world music and supporting female artists. In the 1980s, Debbie managed the successful jazz/Latin/fusion band The Guest Stars, recording albums and touring Europe and the US. 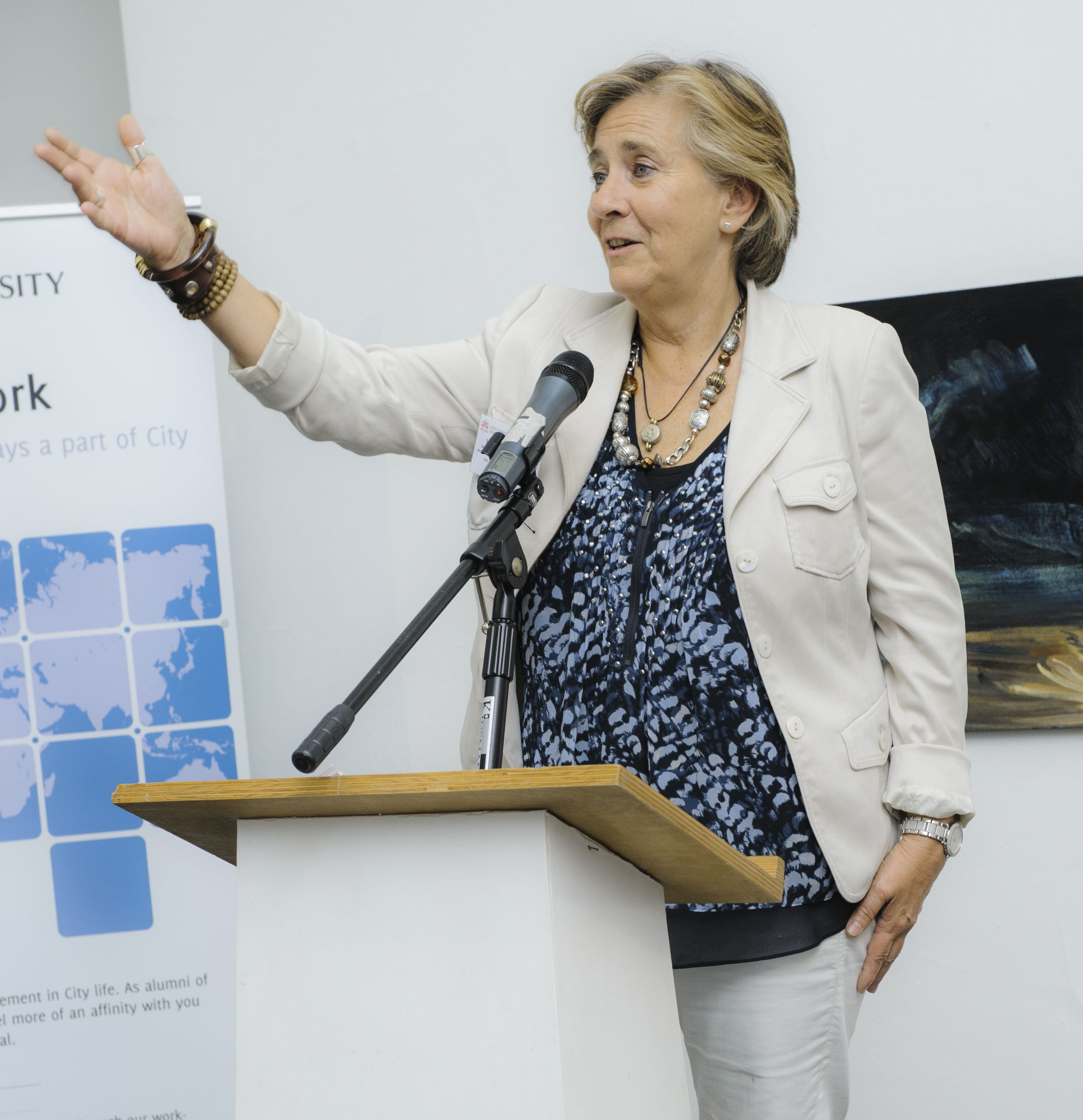 ent and promotion, she stood out in a heavily male-dominated industry and used these skills and networks to help others. She was, for example, the founder of the jazz development agency Jazz Moves, producer of the annual Women Take Centre Stage festival, events coordinator at the London Jazz Festival and a founding member of the charity WOMA, among numerous other activities.

Debbie put these skills to work in an educational context at City by devising modules and courses to help other people learn about, and prepare for, the industries she knew so well.

She was an outstanding educator and her initial collaborations were based around music and creative industry practice. Debbie joined City in the late 1990s, on a part-time basis, primarily to develop short courses in the creative industries for the Continuing Education evening class programme. From 2001 to 2005, she delivered a highly successful module in Music Management to the Department of Music's BMus second- and third-year students.

From 2006 to 2013 she was the Programme Director for an innovative collaboration between City and the Roundhouse in Camden in the form of the Foundation degree in Creative Industries. On this course students learnt about event management by producing, programming, promoting, filming, broadcasting and recording a series of professional events including a ‘main space’ event. Students were regularly thrilled by having the responsibility of producing events for a major arts space; and Debbie’s careful support and educational scaffolding enabled them to work through their creative vision for the event, plan, collaborate and network, developing the skills needed to pull such events off.

Debbie was instrumental in the transition of the foundation course into a BA in Cultural and Creative Industries in 2013, which was one of the first of its kind of undergraduate degrees in the UK. She was passionate about widening access to universities and about devising creative, and particularly collaborative, forms of learning. Here her background in social anthropology also contributed to her interest in how humans interact in groups. Her group teaching methods were widely known to be remarkable, innovative and committed to collective forms of learning.

When the Centre for Culture and the Creative Industries joined the Department of Sociology in 2017, Debbie began to work with a wider range of students, particularly as Undergraduate Programme Director. She was committed to supporting students in recognising their own capacities and helped numerous students identify and develop projects they cared deeply about.

She continued to use her industry connections by helping students into placements and working with groups of students to put on major events. She also carried on working on music industry projects right up to the end, having, for instance, produced her partner Lorraine Jordan’s 2018 album Send My Soul.

Debbie was an outstandingly generous colleague and tutor – one who had a tremendous sense of fun and life – and who was hugely supportive to both students and staff. She had been dealing with illness, with her customary joie de vivre, for a very long time, but this sudden loss is unexpected. Her absence is already painfully felt, but her many contributions and her uplifting effects on the lives of staff and students remain both profound and palpable.

Debbie's students have been leaving notes, cards and flowers at the door of her office in the Rhind Building. You can read a selection of the notes here.