Research on decision-making bias found that interactive training exercises using video games actually improved participants’ general decision-making abilities and when used alongside other traditional training methods. The implication being that such training could reduce costly errors associated with biased judgments and decisions.

The paper, published in Policy Insights in the Behavioral and Brain Sciences, explored ways to improve upon traditional methods of training designed to reduce bias and improve people’s decision-making ability.

Dr Irene Scopelliti from Cass Business School (who previously worked on the psychology of bragging on social media), was part of the research team who developed two interactive computer games to test whether they might substantially reduce game players’ susceptibility to cognitive biases. 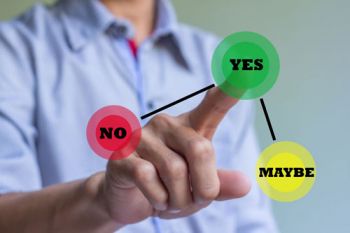 Most efforts to debias people have focused on two approaches. The first involves changes in the incentives that influence a decision. For example, increasing the cost of cigarettes to dissuade people from purchasing them. The second approach involves changing the way information on the different choice options is presented, in order to make the best options easier to choose.

"We found that playing the interactive games reduced susceptibility to biases by more than 31% in immediate tests, and that two to three months after participants played the games, the reduction in the incidence of bias was still larger than 23%."

The interactive games provided participants with personalized feedback about how biased they were during game play, with the opportunity to make practice decision, and to learn strategies to reduce their propensity to commit each of six well-known cognitive biases:

The team measured how much each participant committed the specific biases before and after playing the game or watching a video explaining the occurrence of the same biases. In each experiment, the computer game was more effective than the video at mitigating bias. The first experiment demonstrated that playing the game reduced three biases (bias blind spot, confirmation bias, and fundamental attribution error) by about 46% immediately and 35% over the long term. Watching the video only reduced the three biases by about 19% immediately and 20% over the long term.