Research has found that successfully playing down instances of corporate irresponsibility leaves large organisations, like Volkswagen and Fifa open to repeating the same mistakes. 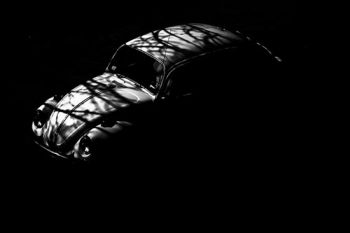 The paper, ‘On the Forgetting of Corporate Irresponsibility’, by researchers at Cass Business School, City University London and Aalto University in Finland have found that corporations often succeed in quickly downplaying large instances of corporate irresponsibility by using methods including distraction tactics.

The research found that companies downplay the harm that an event has caused, shift the blame onto someone else and draw attention away from the scandal to another issue. According to the researchers, at present, Volkswagen is looking to heap the blame for a collective failure onto the shoulders of a few individuals, such as the CEO, who has since resigned.

The methods described have been demonstrated during the Volkswagen emissions scandal: the corporation has publicly apologised, the CEO has stepped down and now there are headlines of emissions fraud being a wider-industry issue.

Similar actions were taken by Toshiba earlier this year, in dealing with the fall out of a $1.3 billion accounting scandal, and many other corporations have undertaken comparable activities in similar cases.
However, the researchers warn that Volkswagen may not learn from its mistakes and avoid them in the future – instead, it may be destined to repeat them.

“We noticed that many companies embroiled in large scandals - or their competitors - ended up making the same mistakes again years later. In the Bangladeshi garment industry, for example, several incidents threatened the lives of factory workers, including factory collapses in 2005, 2006 and 2010 and a lethal factory fire in 2012. However, these incidents did not prevent the Rana Plaza factory collapse in 2013 that claimed thousands of lives. We also mostly remember this collapse and much less the previous incidents. Think also of examples like the banks and various market manipulation or oil companies and repeated spills. We wanted to know why this forgetting and lack of learning was happening.”

“In the short term, they tried to escape or deny responsibility (for example, by blaming it on a few individuals), downplay the extent and damage of the crisis, and distract attention to other issues. But, after 3-6 months, there is usually almost no wider discussion about the crisis. Although people in the firm are likely to continue to deal with its consequences, the overwhelming public pressure has gone. This can be dangerous because it can give firms the sense that it is safe to return to their old ways.”

In the longer term, companies involved in a scandal often go out of their way to forget (and make others forget) what went wrong. This is achieved by silencing their stakeholders: removing people who might remember the incident or gagging them, and by getting rid of or downplaying traces of the wrongdoing.

“When there is an absence of reminders or people who might remember what went wrong, similar mistakes are more likely to happen again - by the firm or its competitors. To prevent this from happening, companies need to take some tough steps. Saying sorry is only the start. In the case of Volkswagen, the firm needs to be honest about what went wrong and address the root causes of the problem. Just getting rid of people could make matters worse. Sometimes having people who made the mistake stick around can help the organisation to learn. The organisation needs to hold on to those reminders of what went wrong, to serve as prompts for future generations of decision makers.”

The study, ‘On the Forgetting of Corporate Irresponsibility’ is available online, and will be published in the Academy of Management Review. The study is a conceptual paper where several case examples are provided to illustrate the point. Volkswagen is not a case used in this study.