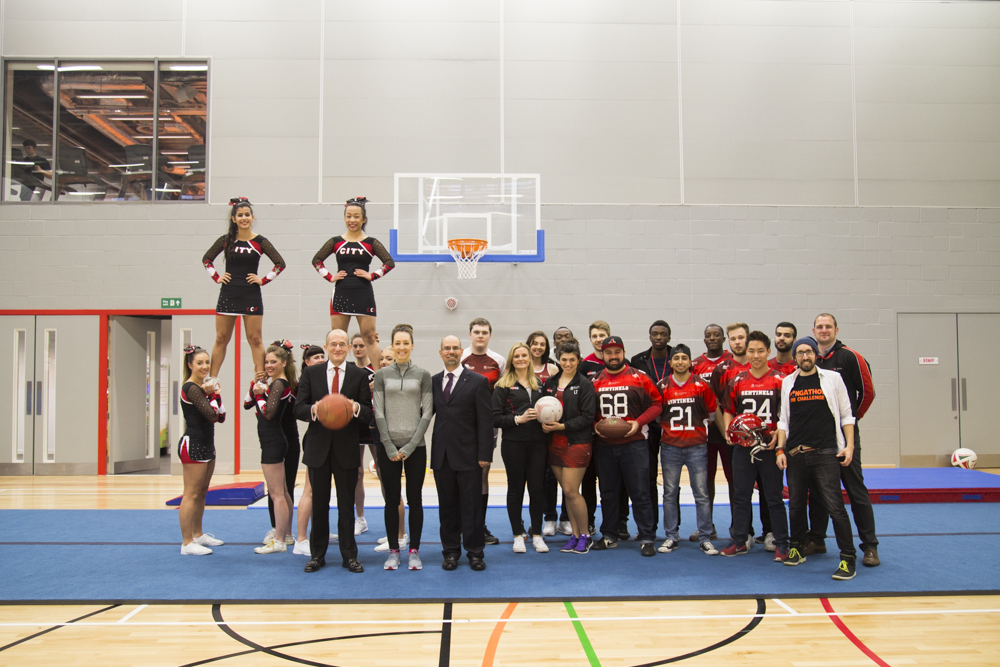 of CitySport, City University London’s brand new sports centre. Located on Goswell Road, is the largest student sports facility in central London and one of the most technologically advanced in the country.

The centre was officially opened by the champion cyclist Dani King and Vice-Chancellor, Professor Sir Paul Curran who unveiled a commemorative plaque to mark the occasion. During the event, student teams also demonstrated a variety of sports including basketball, cheerleading and fencing.

Speaking at the launch, Dani King talked about how she progressed from a 14 year old who’d never ridden a bike to becoming Olympic champion in 8 years, the Olympic experience and her aspirations for the future. Offering her advice to budding student athletes, Dani said:

“Before I made it onto the senior GB team I was told I wasn’t good enough at both sprint and endurance cycling and failed twice to get onto the GB Academy. But I went out on my own, found a local coach to train with and by 2010 I had forced my way back into the GB squad for the team pursuit.

"My main advice to students would be to not get disheartened by failure. I had plenty of setbacks, I’ve experienced serious injuries and I’ve probably lost more races than I’ve won. The key to sporting success is to stay passionate, never ever give up and give nothing but your best in every session that you do."

Vice-Chancellor, Professor Sir Paul Curran, said: “City has a proud history of sport. Prior to the First World 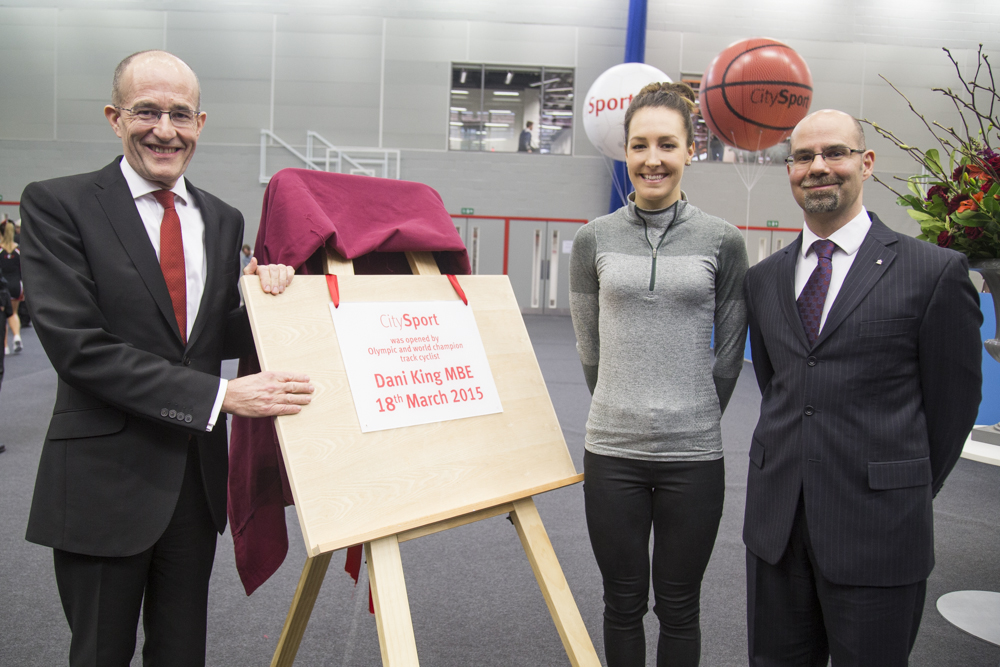 War, fitness was part of the curriculum and was led by the Olympic gymnast Rudolf Oberholzer. City has hosted many sporting events over the years including boxing in the 1908 Olympic Games and is proud to have alumni with significant sporting achievements, including Olympians and Paralympians. The opening of this great new facility in the heart of Islington is a significant step forward in the University’s sports provision for students, staff and the local community.”

Bill Thompson, Head of Sport and Leisure at City, said: “CitySport has been designed to provide a local hub for sporting activities, with its large hall for team games, studios for wellbeing classes and a gym fitted with the latest fitness equipment. These fantastic facilities maximise the available space by combining great design with leading edge technology, making it one of the best university sports centres in the country.”

CitySport is one of the biggest student experience and community initiatives the University has invested in during recent years and aims to provide a sporting hub for both students and members of the local community.

The Sports England standard hall can accommodate a range of team sports including basketball, badminton, five-a-side football, volleyball and netball and has seating for up to 400 spectators.

The fitness centre has been fitted with 100 stations of the latest Matrix gym equipment complete with tablet style screens. There is also a strength and conditioning area with free-weights and resistance equipment and purpose-built studios for group exercise, martial arts, mind and body classes, spinning and team sports.

"The key to sporting success is to stay passionate, never give up and give nothing but your best in every session that you do" - Dani King

City worked closely with the architect and interior designer tp bennet to create a first-class sport centre, incorporating a range of facilities and making the most of the space on the Goswell Road site. Bill Soper, Principal Director of tp bennett said: “We developed a design that focused on strategic site planning to make the best use of the building’s footprint and overcome the strict site constraints. This made sure that the design for the CitySport building complemented the local streetscape while providing high quality, modern facilities for the University and the wider community.”