The second year of Made@City saw 20 students from the School of Mathematics, Computer Science and Engineering exhibit innovative work. Over 200 attendees visited the event, including potential investors, staff and students from across City.

Research students Tracey Booth and Abi Roper won the prize for best overall project and the inaugural Made@City 2014 Peoples Prize, for 'EVA Park', a tailor-made virtual world which assists in developing the communications skills of people suffering from aphasia.

After graduating from City, University of London, Daniel Grewal won a scholarship to study an MSc Data Science at Lancaster University. Daniel has been working as a Data Scientist for well-known companies such as Lasminute.com and FWD Research. He is about to finish his MSc and has secured a job with SAS Institute, which he will be starting in September 2015. 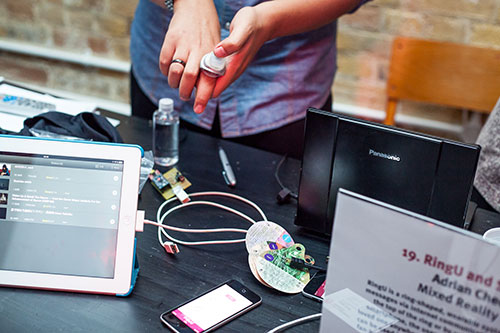