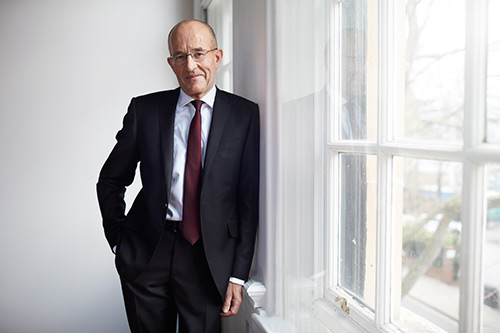 A former NASA research scientist and advisor to the European Space Agency (ESA), Sir Paul's award-winning work in ecological Earth observation, involving the use of satellite sensors to monitor the environment, is published widely. With a focus on climate change, his most recent research involved the estimation of terrestrial chlorophyll content at regional scales.

Appointed to the Chair in Physical Geography at the University of Swansea in 1990 Sir Paul had previously held a research post with the NASA Ames Research Center in California, academic posts at the Universities of Sheffield and Reading and a visiting academic post at the University of New South Wales. At the University of Southampton, from 1993, he held the Chair in Physical Geography, was Head of Geography, Dean of Science and Head of Winchester School of Art before being appointed Deputy Vice-Chancellor; he is now a Visiting Professor. Between 2005 and 2010 Sir Paul led the transformation of Bournemouth University. With a focus on academic excellence it moved swiftly to become the competitive outward facing institution it is today.

Sir Paul is a recipient of the Remote Sensing Society's Gold Medal and has received achievement awards from the Royal Geographical Society, NASA, ESA and the International Society for Photogrammetry & Remote Sensing and Honorary Doctorates from Grand École ESCP, Paris and Peter the Great University, St Petersburg, Russia. Her Majesty The Queen approved the award of the Patron's Medal of the Royal Geographical Society, for his 'international development of geographical science' and he is a Freeman of the City of London.

Sir Paul is a Member of the Board of Trustees for London Higher; the Board of the Universities Superannuation Scheme Ltd.; Universities UK and its Research Policy and Innovation & Growth Policy Committees and President of the Remote Sensing & Photogrammetry Society. He was Chair of the national Review Body on Doctors' & Dentists' Remuneration (DDRB), Founding Chair of the Board of Trustees for The Conversation UK, Chair of the Universities & Colleges Employers Association (UCEA) Board and led the employers' negotiating team in national pay negotiations, a Member of the Natural Environment Research Council (NERC) and its Remuneration Committee and the Chair of its Audit & Risk Assurance Committee, Chair of the Higher Education Funding Council for England (HEFCE), Higher Education Workforce Steering Group and a Member of the Quality Assurance Agency (QAA) Board and its Audit Committees.

Sir Paul was knighted in the 2016 New Year Honours for 'services to higher education'.