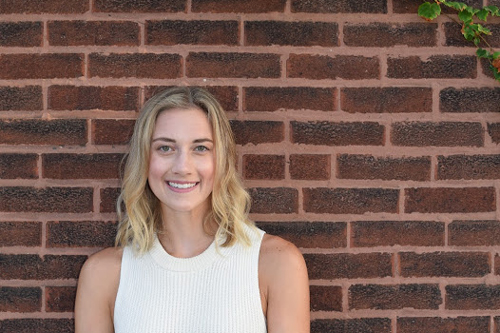 I love my hometown of Chicago very much, as anybody who knows me will know. However, when I came across City, University of London’s Centre for Food Policy, I knew that it was time to branch out – not only for the Master’s programme, but also for everything that comes along with studying in a place like London. I'm a firm believer that education is just as much about what you do in the classroom as it is about what you do in your free time. London is such a thriving setting in the world of Food Policy and beyond. I knew that moving here would not only allow me to accomplish my academic goals in a new city, but it would also grant me access to the rest of the world via this city’s amazing diversity and never-sleeps atmosphere.

I am very closely tied to my hometown and I’ve always envisioned myself building a life there. Many of my friends and family are there, so it was difficult to leave a place I love so much and come somewhere where I had very few connections.

Although I knew London was diverse, it became clear upon my arrival that I had really underestimated this. I was immediately struck by how many different languages I heard every time I left my house. The city feels truly integrated with regard to racial and socio-economic diversity, which is incredibly refreshing. Additionally, I was amazed by just how busy the city is. Although Chicago is a very big city too, London is at another level. I love the constant hustle and bustle feel.

It definitely took some time to adapt, but I found that putting myself out there and making a point to explore really helped. Frankly, the City’s orientation events for international students were a big part of my adjustment, both in terms of providing useful information as well as being a hub to meet other international students. I think diving in head first was my approach – saying ‘yes’ a lot in the first few weeks was key for me.

There’s no better place to study. Although coming to London is an adjustment from nearly anywhere, it’s comforting knowing that so many people in this city are in the same boat. It’s truly a global city, and that adds so much to an educational experience. I can’t recommend it enough.