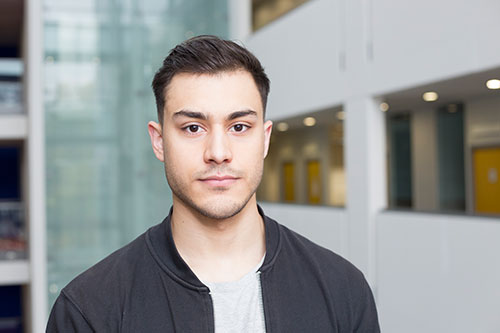 Gul Reza is a LLB Law graduate from The City Law School. City’s prestigious law school was the main reason he applied to study here.

Before I came to City I was studying English Literature, Government & Politics and Psychology at A level.

Why did you decide to study at City?

My main reasons for applying to City was its prestigious law school which merged with the Inns of Court in 2001 and is now one of only eight law schools that offer the Bar Vocational Studies (BVS) for those who wish to become barristers. The fact that The City Law School is in the heart of legal London was also a huge bonus.

Once you’d received offers from different universities how did you make your decision to choose City?

I managed to get all 5 of my offers, however I knew from the offset that I wanted City as my main choice and so it was a no-brainer. Also, City offered the Lord Mayor of London Scholarship for Academic Excellence, which I qualified to receive; that was really the cherry on top.

The diversity at City was like non-other; I’ve met students from all over the world. City also gave me the option to study abroad for the LLB. I also loved the fact that we get an incredible amount of module options for our final year and of course the amazing lecturers teaching them, many of whom are still practising law whilst teaching.

What kind of things were you involved in outside of your course?

Outside of my course I have been very active throughout City. From my very first year I have been a Student Ambassador representing City at both internal and external events. Last year I was also part of the Student’s Union representing all students in The City Law School. I was co-captain of the Men’s second football team last year and we ended up winning our league. In my final year I was President of the Powerlifting & Fitness society, open to all University of London students.

Come and visit City at an Applicant Day before you make your final decision. Speaking to current students really solidified City as my first choice.