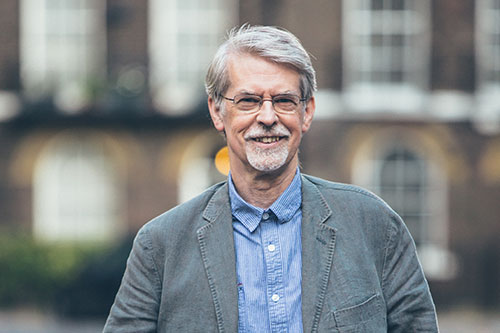 Peter Forbes is a science writer with a special interest in the relationship between art and science. He initially trained as a chemist and worked in pharmaceutical and popular natural history publishing, whilst writing poems and articles for magazines such as New Scientist and World Medicine.

He has written numerous articles and reviews, many specializing in the relation between the arts and science, for the Guardian, Independent, The Times, Daily Mail, Financial Times, Scientific American, New Scientist, World Medicine, Modern Painters, New Statesman and other magazines.

He was editor of the Poetry Society's Poetry Review from 1986-2002 and played a major role in the rise of the New Generation Poets. He has edited three anthologies: Scanning the Century: The Penguin Book of the Twentieth Century in Poetry (Viking, 1999), We Have Come Through (Bloodaxe, 2003) and The Picador Book of Wedding Poems (Picador, 2012). The Gecko's Foot, a book on the new science of bio-inspired materials, was published by Fourth Estate in 2005 and was long-listed for the Royal Society Prize. Dazzled and Deceived: Mimicry and Camouflage (Yale University Press, 2009) won the 2011 Warwick Prize for Writing.

"I studied chemistry at University and have been an editor and writer for over 30 years.

"For about half of that time I was Editor of the Poetry Society's Poetry Review, but in the last decade I've worked as a science writer and journalist.

"I loved science as a child but fell out of love with it at university, so poetry took over for a long time. What thrills me about science now is that all of the naive questions I used to ask as a student - about the origin of life; about the development of form in living creatures - are well on the way to being answered, if they haven't been already. I can't resist trying to tell the world about all these discoveries.

"Teaching is an animated, sociable activity, unlike the solitariness of a writer's work. I enjoy seeing people develop confidence. As everyone gets to know each other, our classes develop into a lively discussion group from which everyone learns from each other.

"The standard at City is high and many of the students have the potential to publish successfully. Success, though, requires more than talent and I try to inculcate the attitude necessary to cope with the frustrations and setbacks that dog any published writer's life.

"Quite a few students have published articles that were aired in class and developed through the course. We have also had book successes but, to be honest, these writers were well on the way to publication before the course. We have attracted several published writers who wished to develop their style in a slightly different medium, for example, academics writing in a more popular genre.

"In the first half of the Narrative Non-fiction short course I teach at City, we work mainly with set topics and in the second half with the students' own work. Besides the class sessions, every student gets individual written feedback on several assignments during the course. This is professional, hands-on editing that is hard to come by elsewhere.

"The 10-week course is an ideal format in which to develop your writing skills. The friendly, enabling environment of the class takes the sting out of the anxiety of offering up your thoughts for scrutiny. It is, in fact, a milieu that many writers, at a computer or alone in a library, pine for. If you want to find out how far your writing can take you, don't hesitate: sign up."