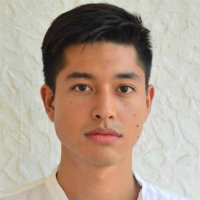 India has had a long history of hunger, with the legacy of the British Raj having led the nascent government of India to prioritise hunger reduction and agricultural production. Reducing hunger and malnutrition was the top of the global agenda in the aftermath of WW2, and the development of the agro-industrial food system and continually increasing populations across the world has meant it has remained a relevant and pressing need. The formulation of food security globally can be best expressed by the FAO’s “Four Pillar” approach, through increasing agricultural production, easing economic access to food, ensuring crop stability and taking into account food utilisation. In India specifically, the most recent formulation of food security, as evidenced by the National Food Security Act of 2013, has taken a right to food approach, which has long been promoted on the global level as a pathway to empower citizens and ensure government obligation, with the United Nations Food and Agricultural Organisation considering "the protection of human rights through constitutions” as “the strongest form of legal protection". Despite this, the traditional approach to food security has been aimed towards an agricultural production and agricultural technology perspective.

The research undertaken in this PhD has utilised an analytical lens to study the government of India’s policy process from a food policy perspective, critically reviewing the existing literature on food security in India, with a particular focus on urban food insecurity. The aim is to develop a better understanding of policy and governance responses to urban food insecurity, and to develop appropriate policy recommendations towards the alleviation of malnutrition.

The decision to put urban food security in particular focus was due to the predominant literature and attention of food security in India being on the rural, with the plight of the urban poor often overlooked, downplayed, and poorly understood. The methodological concerns in measuring the urban poor, and the absolute dependency on income for urban dwellers, further highlights the necessity for policy analysis concerning the urban marginalised, including migrant workers, the homeless, the destitute, and other vulnerable groups. Furthermore, India is undergoing massive cultural, economic, social and geographic transitions, with the expectation of half the population in India being urban by 2040. Will the right to food approach, and the National Food Security Act of 2013, be able to give the urban poor a path out of continued hunger? Will it enable a platform to voice their issues, or are there alternative policy approaches that would theoretically more appropriate?

India will have the largest population in the world in the next two decades, following current trends, and has the highest amount of hungry and malnourished in the world, as well as half of all malnourished children and high rates of micronutrient deficiencies. Half of India’s population is estimated to be urban in the next two decades. This highlights the importance of studying the policy processes of the world’s largest democracy, and the potential policy implications on malnutrition indicators. Developing countries will look towards India and its right to food approach to learn from, and to see if it is the best approach for their own country.

Furthermore, understanding the way different actors within the Indian policy space understand urban food security, and how this shapes policy responses, is vital in addressing the deep-rooted issues facing the urban population, as India aims to develop into a centrally important nation within geopolitics, a potential super-power and ‘high-income’ nation.